For a while this school year, there was a kid on my son’s school bus whose stepmother was part Native. (I don’t remember which tribe, though I know it was one of the local ones.) One afternoon, she and I were talking about Wes Studi’s honorary Oscar, and I mentioned this column and that I’d written about him for it, and we talked some about his activism in a general rapture of “Wes Studi is awesome!” And I mentioned having written about Graham Greene as well and how that made me better than the Academy. She asked if I’d gotten to Irene Bedard, and I had not, and she was very emphatic that I should. And she was not wrong.

I suppose the main reason I didn’t think of her myself is that I’ve never seen her most famous performance. She is Disney’s Pocahontas—both vocally and as a model for the character. As it happens, I think she might support the reason I haven’t seen it; it annoys me too much as a work of fiction because of what it gets wrong about the historical figure. Which is, basically, everything. At nearly thirty, Bedard was far too old for the role; Kathryn Beaumont was thirteen when Alice in Wonderland debuted, and that’s a much more appropriate age for the character of Pocahontas. Though it’s my understanding that Bedard is not a bad actress to perform Pocahontas as written; she may be older than the character, but since the character’s written as an adult, it’s not a significant problem.

Still, I’d rather think of her in pretty much anything else, the problem being I haven’t seen most of her other work, either. She’s fun in Smoke Signals. Pretty much everyone is fun in Smoke Signals. And Bedard plays Suzy Song as the path that leads to understanding, which is the sort of role that would be tedious if she were the only Native character with any personality but which works in the context of that particular movie. I don’t remember her in The New World, where she in fact plays Pocahontas’ mother, but I don’t remember much of that movie and disliked it in part for the same reasons I haven’t seen the Disney version.

From what I have seen of her, she’s a fine, talented actress who deserves to be better known. Now, it is my understanding that part of the problem is that she had a husband who was limiting her roles, and that’s unfortunate no matter what the ethnicity of the actress in question. He was choosing her roles for her, stealing her money, and just generally being rotten, and I’m glad she’s away from that. However, I don’t think you can entirely blame him for the failure of people to recognize her, because he could only reject the roles she was offered, and I’m willing to bet she wasn’t being offered the same roles as, say, Laura Dern or Carrie-Anne Moss, to name two actresses her age.

Still, given the state of Hollywood, at least Disney did cast a Native as Pocahontas, even if she’s Iñupiaq and Cree instead of Powhatan or indeed from anywhere in the general vicinity. It’s better than casting a white woman, which is where they could have gone. After all, one actress has played Pocahontas, Pocahontas’ mother (whose name I don’t think we actually know), and Minnehaha, as well as appearing in her screen debut in Squanto: A Warrior’s Tale. And not because she’s a Great Actress or because she specializes in biopics but because, yeah, that’s about how much space we have for Native actresses in our culture.

You, too, could help me pick who I write about by contributing to my Patreon or Ko-fi! 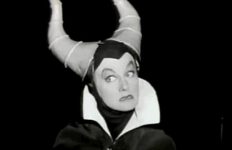