Two people with the last name of Cusack have been nominated for Academy Awards. One is a woman named Pud, nominated for Sound for Mask of Zorro. She lost to the team for Saving Private Ryan. I’ve actually ended up adding her to the schedule in her own right, especially because she does not seem to be related to the more famous Cusacks. Indeed, one of these more famous Cusacks is the other one nominated. Twice, both in the supporting category. Both are losses, but honestly that’s not entirely surprising, given she lost to Geena Davis for The Accidental Tourist and Kim Basinger for LA Confidential, both agreed to be solid performances.

Yup, it’s Joan, not John. Joan, four years older, with a name that frankly implies they wanted a boy, given their next child was indeed John. Honestly, for a lot of film people, I think Joan is probably the afterthought for a lot of people. They think of her as appearing in her brother’s movies—which she has done. They’re both in Sixteen Candles; in that and a few other of their early movies, they’re both minor roles and don’t interact. However, yes, they’ve done a total of ten movies together over the years. In most of them, it’s his movie and she’s in it. That is true.

In fact, in one of John’s breakout films, she merely plays the harried single mother older sister with whom he lives, and arguably her kid is as important to the story as she is. However, it’s a deeper role than the simple description implies, and she’s called on to do some real, quality acting. A lot of her roles in John’s movies let her do more than just Stand Around And Be John’s Sister. They’ve done ten movies together, sometimes playing siblings and sometimes not, and honestly it’s a joy when they do. It seems clear that they like each other, and not just because they keep making movies together.

So now let’s stop talking about her brother, because she is more than just John’s Sister. He’s not in either of the movies for which she has Oscar nominations, in fact. She’s Melanie Griffith’s best friend in Working Girl, and she’s Kevin Kline’s luckless fiancée in In & Out. (A movie I frankly loathe, but never mind.) She’s overshadowed in both movies, because it seems to be a popular situation in Joan Cusack movies, but she’s still noteworthy enough to have gotten the Oscar nominations. She’s done plenty of solid work without John, even being on that ill-fated season of Saturday Night Live with such notables as Robert Downey, Jr., and former costar Anthony Michael Hall.

I can hear you asking now—but what about Debbie? And, yes, she was Debbie Jellinsky, who would have fit in so well with the Addams Family if she’d let them love her. It’s probably her best role, if you want my opinion. She gets to have fun, she gets to show range—from wholesome to deranged, true, but it’s range—and she’s iconic. You dress up as Debbie and get your partner to dress up as Fester, you’ve got a great couples Halloween costume. You can even find another couple and do a double date with Gomez and Morticia. Though going alone as Debbie would be fun, too. Just remember that you’re Ballerina Barbie—graceful, delicate. Anyone who doesn’t remember that has got to go.

I don’t have the Addams family fortune; consider supporting my Patreon or Ko-fi! 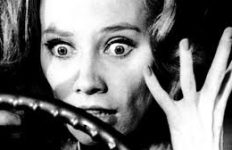 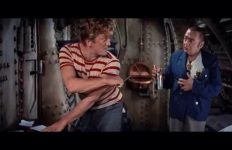 Attention Must Be Paid: Peter Lorre→