I’d be surprised if anyone else from about half her movies were still alive. She was a teenager when she did her motion study modeling for Disney, for Snow White and Pinocchio and Fantasia. She was a dance instructor almost ninety years ago, which is impressive for someone who’s still alive—makes you wonder what her students thought, and how many of them are still alive. She’s too old to have played the role of Carlotta, in Follies, and instead played Emily Whitman in a 2001 revival—but is the right age for Carlotta’s “I’m Still Here” to apply to her!

Really, those motion study performances are probably the most common way for people to be familiar with Marge Champion’s movements. She didn’t even do a full dozen and a half movies, and most of those are pretty obscure. One of those was even in 2007, and I somehow doubt she was doing much hoofing in it. She and her second husband, Gower Champion, were intended as another Fred Astaire and Ginger Rogers, only married, but they never had quite the same pull. Though she was in The Story of Vernon and Irene Castle with them, in an uncredited role.

I really wish there were more movies like the ones Champion excelled in around these days, albeit perhaps with snappier titles than The Story of Vernon and Irene Castle. I think there’s still a place for big-budget musicals, if they’re, you know, better than Cats, but they just don’t get made, somehow. I wonder if Champion would be a consultant on, say, a production of Show Boat, which might be worth a good remake. Not that there’s any reason not to see the one she was in, of course!

Of course, she also seems to have refused to be in a ton of remakes of Rogers-Astaire movies (the syntax on Wikipedia is a little confusing about who, exactly, was refusing what), so maybe not a remake. Then again, she was also willing to be on the TV show version of Fame, as a dance instructor who was prejudiced against black students, so who even knows? Still, an acknowledgement of her existence and continued life in a big-budget Hollywood musical would be nice, or even one of those live TV ones that they do occasionally. Heck, she danced on Lux Video Theatre once!

Champion has been married three times—her second marriage was to the husband whose name she has professionally used for decades. Before him, she was married to someone she presumably met while doing that motion study; she was married to Disney animator Art Babbitt, one of the creators of Goofy. After him, she was married to director Boris Sagal; they were married for four years, until his death. Upon marrying him, she became stepmother to his five children. One of them, Jean Sagal, played Gloria on the Quantum Leap episode “What Price Gloria?” One of them, Catherine Sagal, is better known as Katey and frankly better known than her stepmother.

Reward me for bringing Marge Champion to your notice before she died; consider supporting my Patreon or Ko-fi! 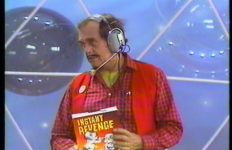 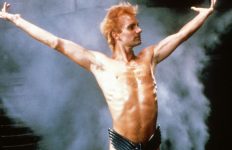 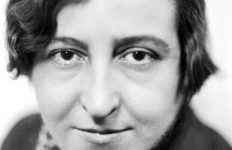 Attention Must Be Paid: Germaine Dulac→