Every once in a while, I’ll be watching TV shows from the ’50s or ’60s and start looking up everyone on them. Sometimes, this is because people just seem awfully familiar; more realistically, it’s an occupational hazard. “I might be able to get an article out of this” is a fairly common thought for me. Though I’ll also admit that the fact that I’ve been doing this as long as the internet made it possible to do so is why I write about this kind of stuff in the first place, I guess. Usually, most of the cast is dead; usually, most of the cast has been dead long enough that there’s no question that I can write about them for the other column. Sometimes, there are exceptions.

One of the exceptions, still alive at 91, is Michael Forest. I believe he got added to the schedule recently as I was plowing through the complete series of Zorro again. It wasn’t his first role; his first acting was on two episodes of Lux Video Theatre. He’d even already done The Saga of the Viking Women and the Voyage to the Waters of the Great Sea Serpent. But shortly after that, he tried to betray and murder Don Diego and assorted others in the third episode of season two, in the Monterey arc. Then six years after that, he got murdered on Perry Mason.

The year after that, in one of his most famous roles, he played Adonis and pissed off Captain Kirk. I’ll admit I haven’t seen the episode in a very long time; I’m pretty sure my fondness for original Star Trek is stronger if I don’t actually go back and watch certain episodes, which would just make me angry. I mean, Kirk, right? But when I go to think of Michael Forest the person, I don’t think of Anastacio or Pierre Dubois, actually both criminals. (Pierre is a bigamist!) Or the dozens, literally dozens, of Westerns he did over the years. Apollo, angry and posing.

I do not know how he made the switch from Westerns, including of the spaghetti variety, into voice acting for American dubs of anime. His website—very firmly stuck in the late ’90s—glosses over it entirely and doesn’t even mention any of his appearances by name. His Wikipedia page is saved from being a stub by how long even a sampling of his performances is, and if you cut those out is four sentences long. But even if you’ve never seen any of his live action stuff, you’d know his voice. I’m pretty sure you could go on Netflix this very moment and hear him as the archbishop in Castle of Cagliostro, and that’s just for starters.

Really, pretty much no matter what your interests are, Michael Forest has probably acted in something you care about. The Big O. Ghost in the Shell: Stand Alone Complex. The Dick Van Dyke Show, where he even plays the title character of the episode “The Life and Love of Joe Coogan.” Both The Twilight Zone and The Outer Limits. As the World Turns. Alias. Cast Away. And on and on and on. Definitely the kind of person I like writing about, and thank you to Zorro for bringing him to my attention!

Help me afford the complete Perry Mason to go with my complete Zorro; consider supporting my Patreon or Ko-fi! 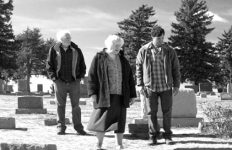 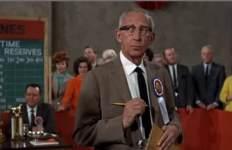