For once, why not go with an image that represents the person’s own favourite of their role? I don’t myself have a particular choice; there are at least three that I could go for, and this is one of them. Why not, then, give her final pick? I’m sure the role was fun to play, too. It’s an over-the-top Dahl role; how could that possibly not have been fun? She seems to be a fan of playing large, pushy, over-the-top characters; all three of the choices I had for the article image today fit that description.

The fact is, I like that she plays large, tough women. I like that there are great roles for large, tough women. She’s had several, and she’s a delight in all of them. Oh, you’re not supposed to like her, necessarily. Some of the women she’s played are awful, not least the Trunchbull. She knows that just as well as you do. And she likes it, and why not? She gets to be just as loud and as brash as she wants to, a role that women don’t tend to get.

Fans of British television are yelling at me. For one thing, I have not yet had the chance to watch Call the Midwife. I’ve also not seen nearly enough Rosemary and Thyme, but I’m already sold on it and need to watch more, and definitely part of that is Ferris’s sense of comedic timing. She has wonderful chemistry with Felicity Kendal, and I’m now, based on less than a quarter of an episode (I’m watching as I write), sold on the entire series.

It’s a little strange, really, to think of her as “Puck & Fairie,” from her first television role. She was in the BBC Play of the Month production of A Midsummer Night’s Dream. Now, that doesn’t appear to be accessible at all. Even the BBC only has one clip, and that’s a minute highlighting one of her costars. (It features relatively early appearances of Michael Gambon and Lynn Redgrave.) Since Bunny May was credited as Puck, it’s even stranger. It’s also strange to think of her as Mrs. Snow from Pollyanna, whom she played in a movie once, as she looks nothing like Agnes Moorehead.

I’m not sure why I added her to the schedule; I don’t always make notes of these things. Still, she seems to be a disability advocate, after having spent time nursing her mother. Since it’s apparently Disability Pride Month, and since I am in point of fact myself disabled, I’ve no problem in mentioning this fact and am in fact quite happy to do so. She also did an episode of Grandma’s House called “The Day Simon Announced That He Was In Control Of the Universe,” and as my son’s first name is Simon, and as his eighth birthday is tomorrow, that needs to be mentioned as well.

Zane, as he calls himself, would love the birthday presents I’d think about getting him if you supported my Patreon or Ko-fi! 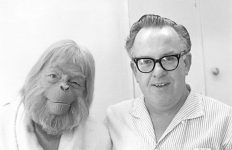 Attention Must Be Paid: John Chambers→ 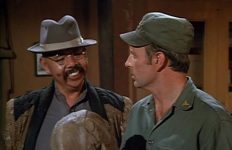 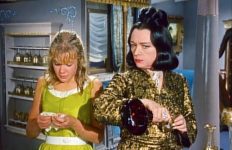 Attention Must Be Paid: Pola Negri→ 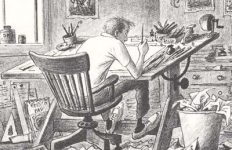 Attention Must Be Paid: Bill Peet→