One of the long-running challenges around here is “write about this person without an IMDb/Wikipedia page or one or the other that’s clearly incomplete.” Today, I strongly suspect we’re working with a woman with an incomplete IMDb page who has no Wikipedia page at all. I don’t know how I feel about the idea of a Best Stunts Oscar, for several reasons, but I do think we should be more aware of stunt performers. In the case of Sandra Lee Gimpel, she’s someone whose face you’ve seen, if you’ve seen Airplane!, at least, but also has done a lot of work that is supposed to remain invisible inasmuch as you’re probably, in at least some cases, supposed to think she’s someone else. And she’s still working despite being older than my mom, and I myself am not a young woman.

Even what career is documented in easy-to-access sources is pretty impressive. She’s been acting and performing and coordinating stunts since the ’60s. She’s mostly uncredited in her earlier acting appearances, and I’m not sure how much I’d thank people for mentioning that I had been a “Gnome Maiden” in The Gnome-Mobile (a strong contender for Worst Disney Movie I’ve Ever Seen and one you could pay me to rewatch by giving enough to my Patreon or Ko-fi),but she’s still there. And starting at about the same time, she was a regular stunt performer on Lost in Space.

Her only Wikipedia mention lists her as a “dancer.” Which . . . yes, she is; apparently she danced in a total of fifteen Elvis movies and does a killer Elvis impersonation. But I strongly suspect it’s not that ability which got her the gig in Star Trek that’s under discussion on that page, wherein she was playing “a salt-craving creature” (designed by previous honoree Wah Ming Chang). She was also a Talosian in “The Cage.” It wouldn’t surprise me, indeed, to know that it was her Lost in Space work that got her the Star Trek part.

Okay, you want to talk about something else she’s done? There’s a lot. You name a genre, she’s probably been in it. Escape From New York, for example. Joe Versus the Volcano. For people my age who want an iconic part of their childhood, how about The Goonies or The Lost Boys? Evil Dead II more your speed? Or maybe Mystery Men? And if a lot of her recent movies are fairly forgettable, let’s remember that we are talking about a woman born in 1939 who has a credit as a stunt performer from movies made in 2020. Who cares if they’re memorable?

Even if I don’t entirely know that I support the drive for a Best Stunt Oscar, I definitely get why there’s the drive for one, and in her own way, Sandra Lee Gimpel summarizes it. After all, she’s got a more than fifty-year career in TV and film. She’s been in some garbage, but she’s also been in some solid classics. She coordinated stunts of an episode of Seinfeld, which is a strange thought all by itself. But somehow, no Wikipedia page. Surely she meets notability standards. 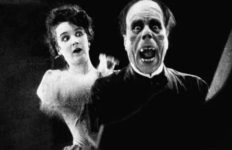 Attention Must Be Paid: Lon Chaney→