Apparently, we’ve all been saying her name wrong all this time. It’s supposed to rhyme with “Lucy,” not “woozy.” It’s “half swan, half goose,” and is a term for the B-17 Flying Fortress, which her father piloted during World War II. Or the name of the specific one he flew. Or something. Her dad was actually a contestant on To Tell the Truth once, and her second TV appearance (after an episode of The Donna Reed Show) was coming out at the end and handing him his uniform jacket. She considers her unique name to be one of the advantages she’s had, because it definitely makes her memorable.

In fact, I do mostly remember liking her name. I’m old enough to remember Sisters, the Totally Not thirtysomething show she did in the early to mid ’90s. I remember liking it well enough, the few episodes I saw—I was definitely not its target audience, by a couple of decades. It aired on Saturdays, and while I didn’t necessarily have plans, it didn’t mean I’d go out of my way to watch the show. That may have been the first I became aware of her and the first I became ridiculously fond of her name.

For a lot of people of my generation, she’s also notable as having played Winona Ryder’s mom in Reality Bites, one of a handful of movies that showed anything about the issues Gen X was dealing with—college graduates working at The Gap and so forth. I haven’t seen it in years, and I don’t know how it holds up, but Kurtz’s Charlane McGregor was an example of one of our great frustrations—the parent who had raised it to believe that we could do anything and then didn’t understand why “work in a fast food place” wasn’t the anything we wanted to do. She’s also written as being frankly not as smart as her daughter, which is a different frustration; Kurtz, as I recall, sold the role with a kind of desperate perkiness.

I’m pretty sure today’s image, though, is a publicity still, because I was unable to find an image from the finest piece of acting I’ve ever seen from her. . . . And the Band Played On is historically flawed and contains a certain kind of ’90s liberalism where it barely lets people actually dealing with the virus speak for themselves, but it’s still worth watching if for no other reason than its wide array of fine performances. Kurtz only has one scene, and she’s amazing in it. She was actually nominated for a Primetime Emmy for it, as a rich woman who has contracted HIV from a blood transfusion.

I’ll be honest that not all of her career appeals to me. Oliver’s Story? Isn’t that what Love Story was in the first place? I do like that she’s in both Dangerous Liaisons and Cruel Intentions. But I have no real interest in Bright Lights, Big City or The Rules of Attraction. Which is a shame, because it would be nice to see more Swoosie Kurtz. She’s a talented actress, but that doesn’t mean I want to see some of what she’s done. But she was in a Helen Hayes Marple movie; that could be fun?

I don’t have a dad willing to pay off my gas station credit card; consider helping this Gen X artist by supporting my Patreon or Ko-fi! 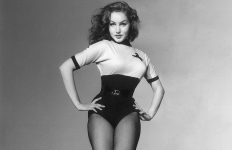 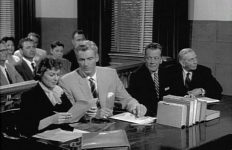 Attention Must Be Paid: Ray Collins→ 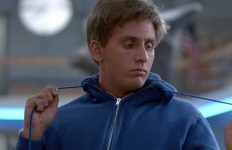 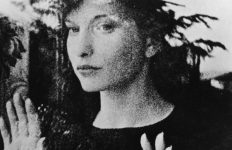 Attention Must Be Paid: Maya Deren→