Yesterday, a friend admitted she was unfamiliar with Werner Herzog. I told her that my article about him was going to have to be very long to leave room for all the stories. Because while I’m an ardent admirer of Herzog the filmmaker, Herzog the man is so perpetually fascinating to me. Today’s image is not the best, because in discussing which image I should use for this, we all agreed that the moment where he was shot in an interview and kept going because “it was not a significant wound” felt like the ultimate Werner moment.

Really, the fascinating thing to me about Werner Herzog is that he’s three different men worth talking about. He is a compassionate documentarian. He is a narrative filmmaker willing to go all sorts of places, literally and figuratively, to get the films he wants. And then there is the man—yes, he does a lot of voicework and things for other people, but that’s really based on Herzog the cultural icon. I love all three. But when I talk about him, I spend a lot of time talking about the third one.

So let’s start, here, with the other two. The documentaries, for example, because I think if I hadn’t used the shooting clip, I would have gone instead for Werner (I tend to think about him by first name) in Antarctica, trying to rescue a penguin that doesn’t have the slightest interest in being rescued and is trying to walk into the mountains instead of to the sea. Because of course Werner found the suicidal penguin, and of course he tried to rescue it. Every time I watch one of his documentaries, I am struck by how understanding he is of its subjects. He is frustrated with Timothy Treadwell, yes, but I think that’s also because Treadwell brought another person to a completely avoidable doom, and while Werner sympathizes with living your own chosen life, you don’t have the right to do that to others.

Which I admit is a bit in conflict with his own narrative filmmaking, because by Gods you are going along with his creative journey if you’re involved in one of those. He has now filmed (if, admittedly, you include that one documentary) on every continent on Earth. His narrative features, like his documentaries, are about the vagaries of human nature, but it has long struck me that cast and crew are, for the time he’s making the movies, tools to him to get what he’s trying to do.

And my but that leads us into the stories, doesn’t it? Because you have to start with his relationship with Klaus Kinski. Werner’s muse; Werner’s nemesis. I don’t think Werner has ever topped the movies he made with Kinski. I’m not sure he ever could. Kinski went into the Amazon rain forest with Werner twice to make movies . . . and once to Africa. I have on my computer a quote from him that feels relevant here. “I did not love him, nor did I hate him. We had mutual respect for each other, even as we both planned each other’s murder.” And there is, he says, absolutely no truth to the idea that Kinski’s big dogs are the reason Werner didn’t firebomb Kinski’s house.

Supposedly, and I forget whether it was when he was filming Aguirre or Fitzcarraldo, the locals asked for permission to kill Kinski, and he said he needed Kinski so he could finish the movie. Which makes me feel as though that’s a Fitzcarraldo story, since he’d already had to scrap one version. Also on one of them, Kinski threatened him, and he Absolutely Did Not Pull a Gun on Kinski and told him that the nearest police were fifty kilometers away and for twenty bucks would swear it was a hunting accident.

But let’s move away from whatever the relationship was there; I don’t have the credentials to piece all that together. I desperately want to see the footage of Christian Bale standing in a river during the making of Rescue Dawn, screaming, “I’m not going to die for you, Werner!” (Which I think is why he’s never made another Herzog movie; Werner wants someone who will die for him.) The experience of actually making a narrative film for Werner sounds fascinating and kind of nightmarish. Like how he hypnotized the entire cast of Heart of Glass to, he said, get the performances he wanted from them. Amateurs do a hundred takes; it takes a real pro to go full-on Svengali!

But there’s also a sweeter side to Werner. Like how he saved Joaquin Phoenix’s life after a car accident. Or how it took him years to realize that his good friend John Waters is gay. How he supported Errol Morris, but he was so convinced that he’d never finish Gates of Heaven—because seriously, documentary about pet cemeteries, and not the Stephen King kind—that he swore that, if Morris did, he, Werner, would eat his shoe. Leading to the documentary short, which is on the Gates of Heaven DVD, “Werner Herzog Eats His Shoe.” Which I highly recommend seeking out.

One of the reasons I love Werner as much as I do—both the man and the filmmaker, here—is his own obvious love of humanity. The pop culture version of him is a nihilist, but I don’t believe that’s really true. I’m not sure you can sum him up in a single word. I think Werner is Werner, and that’s the only single word summary you can have that makes sense. Which is not helpful when you’re explaining him to others, of course. But you watch him in the actual documentaries, and he’s fascinated by everyone and everything. It may all be futile in the end, but in the moment, he’s the despondent German version of Huell Howser, perhaps without Howser’s trademark “That’s amazing” but still endlessly interesting, and now I’ve made myself want to see Werner Herzog’s Videolog.

I am never surprised by anything I see in a Herzog film, because there is nothing in a Herzog film that seems like something he wouldn’t find. Suicidal penguin? Yup, that’s Werner. Archaeologist who used to be a circus performer? Why not! Man who refuses to evacuate from a volcanic eruption because Death will find him wherever he is if it’s his time to die? Yes, that sounds right. Literally anything is believable of Werner, and that’s one of the great joys of Werner.

Encounters at the End of the World is dedicated to Attention Must Be Paid honoree Roger Ebert, and I once saw it suggested that it was proof that Werner was selling out and sucking up to the Hollywood Establishment. But the men were friends, and Roger was one of Werner’s first great champions in the US. And I think that’s in part because both men shared a love of film that goes beyond what the person whining about it could have possibly recognized, if they knew that little about either one of them.

Show a little love of humanity; consider supporting my Patreon or Ko-fi! 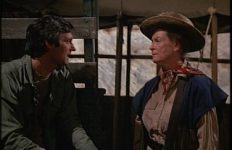 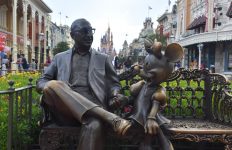