Tomorrow, for me, starts the holiday season. (Hey, you celebrate the holidays in your way, and I’ll celebrate them in mine, and I don’t do Christmas until my birthday’s over.) This year, that involves a tough choice. You see, for a very long time now, one of my holiday classics has been The Ref, starring Denis Leary, Judy Davis . . . and Kevin Spacey. I’ve used an image from it for Celebrating the Living articles once and considered it a second time. I love that movie. I love it a lot. I consider a shot from it some of the best acting Kevin Spacey’s ever done—and that’s the problem, isn’t it?

We all reach this moment. The Tom Cruise thing? I was never that much of a Tom Cruise fan going in. It cost me a twinge to sacrifice Far and Away, the closest thing I ever had to a guilty pleasure, but it’s not like I was watching that movie because it was good. Woody Allen? I never thought he was funny, so not watching his movies hurts me not at all. Roman Polanski has been a known rapist since the year after I was born; there’s no change of status there. But in these last few months, a lot of us are having to face the fact that men—it’s mostly men—we’ve liked and enjoyed watching have all that time been fairly unpleasant people.

For some people, there’s no debate; they simply announce that they separate the art from the artist and move on. (I’ve written before about how I don’t believe that’s possible.) For others, there’s no debate; you cut the person out without hesitation. Sometimes, though, I think the answer lies somewhere in between. For myself, I watch Mel Gibson movies from Before—before he was known to be abusive and racist. (Okay, I watch Maverick and Hamlet and that’s pretty much it.) Sometimes, I will watch things I don’t have to pay for, meaning that none of my money goes back to the person—I already own The Ref, after all.

I try not to shame people for their choices in this department. (I’m bad about it when people keep giving Tom Cruise and other Scientologists money to give the Church, I admit.) If you just can’t give up That ’70s Show even knowing what you do about Danny Masterson, that’s up to you. I think it’s an odd hill to die on, but have at. Even though it also ties into the “actively works to prevent helpful mental health care” thing, you know, the only person you answer to on this is you. I’m dismissive if you say your choice doesn’t matter because art versus artist blah blah blah, but even that, I don’t tend to be dismissive to your face.

Will my holiday season involve Kevin Spacey learning the true meaning of Christmas? (Specifically, “family sucks, and you don’t always have to put up with it”?) I still don’t know. I’m certainly not going to be encouraging anyone to watch it for the first time this year. It’s too complicated. But every time allegations come out about someone you’ve previously respected, this is the thought process—what are you sacrificing to show support of the victims? And if you decide no one will know one way or another what choice you make, that’s a choice, too.

I’m a pretty nice person, though, and it’s my birthday—consider supporting me on Patreon! 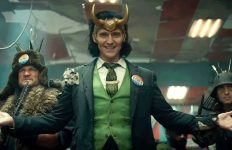 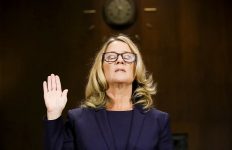