When I am not writing Solute articles for what I get from Patreon and Ko-fi, I help a friend with his small business, including building his website. His art is done by another friend of ours who also has a small business. And she was served a cease and desist order for using the name Loki in her product descriptions. In the last few weeks, Disney has backed down on that particular point, not least because a person who looks a great deal like Tom Hiddleston was cosplaying as Loki using the name. They looked foolish for going after him and apparently have backed away from their claim on the name of a character from actual mythology.

My friend called Disney evil. And, yes, this is definitely yet another case of Overzealous Disney Threat of Litigation, which is a known issue going back decades. This one is frankly indefensible, and I’m not going to defend it. This isn’t “yes, we look evil for going after daycare centers, but we need to defend our intellectual property or risk losing it.” This is more like trying to trademark aspects of Mexican culture. It’s wrong, and it’s awful, and it makes it kind of embarrassing to be a Disney fan.

Disney fandom inevitably involves a lot of “yeah, okay” moments, at least if you really pay attention to what they do as a corporation. As in, “yeah, okay, that’s awful, and I’m really unhappy they’re doing it.” Personally, my fandom is of the assorted properties and very much not the company itself, which I think is being badly handled in a way that Walt wouldn’t like. I mean, yes, he’d approve of the union-busting, but some of the other things they’re doing. And I’m not sure he’d even have an opinion on what the lawyers are doing at all. I more mean the pattern of movies when I say that, and putting profit ahead of creativity.

The problem, I think, is how much Walt was a face of the company. You didn’t get that as much from Jack Warner, and he’s probably the next most prominent of the major studio owners from the Golden Age of Hollywood. Can you picture Jack Warner? I can’t. You may know about Samuel Goldwyn, but did you realize he had more control over Paramount than MGM, even though his name was on the latter? How about Louis B. Mayer or Marcus Loew? How many of these names do you think the average person even knows? But Walt, now. He came on TV once a week and was kind of funny and kind of silly and kind of like that nice uncle.

The modern-day Disney corporation, I think, is still trading on our familiarity with Walt and our fondness for Walt personally. And they hope we don’t know about, again, the union-busting. (I maintain that his alleged anti-Semitism is blown out of proportion and not fully supported by the evidence, and certainly we don’t talk as much about Henry Ford’s which was demonstrably worse.) We think of Kindly Uncle Walt and therefore don’t talk about the corporation’s latter extensions to copyright law designed to keep control over Mickey.

And when you point out that, you know, they haven’t done anything like that since 1998, and the EU’s similar extension of copyright probably wasn’t because of the Mouse, it can come across like you’re supporting what they did before. Genuinely, I think what happened was that they learned from the disdain they got from people in the know at that time. Maybe that’s optimistic of me. It remains true, however, that every year, more of Walt’s work slips into the public domain unnoticed, because Mickey cartoons start becoming public domain in three years. No one remembers Alice.

Disney gets blamed for corporate culture at a level that’s unreasonable. Yeah, I’m unhappy there, too—buying Marvel was one thing. Or Lucas. Buying 20th Century Fox was quite another. I didn’t want it to happen, and now that it has, I’m not thrilled with how they’re dealing with their acquisition. But does anyone else remember AOL-Time Warner? Disney is not the first company to be larger than I think should be allowed, and they won’t be the last. I still feel as though Disney took a lot more heat for it than other companies do, because Disney remains a symbol.

It’s frustrating. I am a fan of a lot of the company’s output. Less in these days, and I have feelings about how they’re handling their pandemic output, but still. This column wouldn’t exist if I didn’t love Disney; the original concept for it that I didn’t go through on was to watch and review every live-action feature. That was not possible, because so much of it was in the Vault—and in fact it’s still not possible, even with Disney+, because despite their lofty claims, much of their output remains in the vault and not for “wow, this turns out to be really racist” reasons. And I have feelings about that, too.

People I know sum it up with “no ethical consumption under capitalism.” And I don’t intend to get too deep into that concept. What I do feel, though, is that you can want companies you choose to use to do better than they have. Disney easily could; I’ve written repeatedly about things they could and should do better. This is actually my second article on that theme in about a month, and I promise next week we’ll get back to True-Life Adventures or Donald Duck, Aquatic Sociopath, or something. I’m tired and frustrated, and I don’t side entirely with my friend or with Disney. It’s complicated. 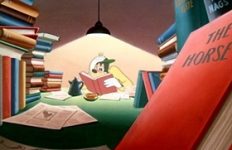 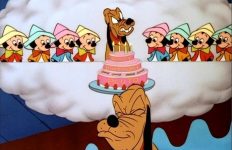 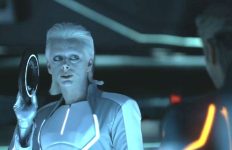