Other issues aside, Donald’s voice is a bit of a Rorschach test sometimes. People hear obscenities when that’s what they want to hear. It’s obvious to me, from what I know of Walt and what I know of the Hays Office (this short is from 1937) that the cartoon simply would not have been released with obscenities in it. I won’t say that Disney animators were above sneaking things in—there is the infamous naked woman in a window in the cityscape of The Rescuers—but come on. Wal-Mart actually agreed to discontinue sales of a video tape with this cartoon on it because some loony preacher thought Donald was swearing.

Donald, Goofy, and Mickey are cleaning a clock in a skyscraper. Mickey struggles with a stork that has set up its nest inside the clock, and he cleans the face. Donald, in his infinite wisdom, climbs onto the mainspring, ignoring several signs, and mops it—and of course immediately screws it up. Goofy is cleaning the inside of the bell, and the figures that come along and ring the bell are of course causing him nothing but trouble.

Honestly, this is not a useful clock. We see a few shots of the city below, and it is far below. I don’t think anyone would be able to see this clock. Yes, the numbers are larger than Mickey, but how much good does that do on the top of a building this tall? Certainly it’s hard to imagine anyone’s being able to hear the bell. The tower does not, in my opinion, need to be this tall to make the short work, but here we all are.

In some ways, this feels extremely 1937, if you know what I mean. On the one hand, the old-fashioned technology of a tower clock. On the other hand, the fascination with skyscrapers. The Empire State Building had opened six years earlier; I know of a movie that’s set in the building not because there’s any real reason for it to be but because, wow, the Empire State Building. In a way, we still have this sort of fixation—see also Tom Cruise climbing a building because it’s really tall—but I can’t see this cartoon being made in any other decade.

And it’s one of the cartoons where Donald isn’t as awful as he could be. Okay, damning with faint praise. But while, yes, he screws up by ignoring signs and mopping the mainspring, just imagine how awful it would be if Donald were the one trying to deal with the stork. This is one of a handful of cartoons where the three characters are working together in some obscure job, and honestly, they feel like the cartoons that temper Donald’s issues the best. Maybe Mickey’s a good influence on him.

This is my obscure job; pay me for it by supporting my Patreon or Ko-fi! 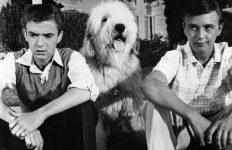 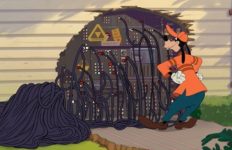 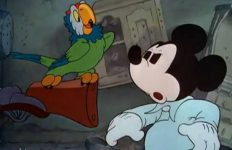 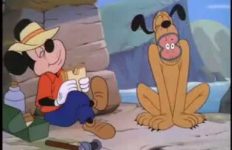