When I was a child, we went to Disneyland every year. In some parts of the country, that’s a sign of wealth, but of course we didn’t have to pay for hotels or anything like that. In those days, it may well have even been cheaper than going to visit my dad’s parents in Arizona for a week or two. We had certain traditions, basically none of which relied on what my sisters and I were interested in. Though I’m similar enough to my mom in a lot of ways that most of her favourites were eventually mine, and vice versa. I’m definitely one of the people who still resents that they took out the Country Bear Jamboree and replaced it with a bad Winnie the Pooh ride.

The Jamboree is a stage show. As you walk in, you pick a seat on one of the long rows of benches stretching across the auditorium. Hanging to your right are three large heads, a moose labeled Melvin (who will turn out to be voiced by Bill Lee), a bison labeled Buff (Thurl Ravenscroft), and a white-tailed deer labeled Max (Peter Renaday). As the show starts, they come to “life.” The show is emceed by Henry (also Renaday) with the assistant of the raccoon in his hat, Sammy (Bill Cole). The bears spend fifteen minutes singing songs, with a few jokes thrown in. Then, you’re back outside and maybe it’s time for lunch at the Hungry Bear Cafe, at least if you’re a member of the Nelson family.

The show was originally intended to be a part of the planned Mineral King Ski Resort, the story of which I will get around to at some point. Anyway, the resort didn’t happen, but the Jamboree did anyway. One day, Walt stopped into Imagineer Marc Davis’s office and looked over the sketches. He laughed. He said good bye, a thing he generally did not do. A few days later, he died, making the show one of the last things Walt ever had anything to do with. It was an opening-day attraction at Walt Disney World. Shortly afterward, it opened at Disneyland, spearheading the new land of Bear Country.

To be honest? There wasn’t a lot to Bear Country. Even now that it’s Critter Country, there’s not a lot to it. But in the old days, you basically had the Jamboree, the Hungry Bear, and one building that has had shops, an arcade, and various other things over the years. If you were going into that corner, you were going to the Jamboree. And that was one of the nice things about it, really; it was a quiet place where people were there because they wanted to see the bears.

Here’s where I also admit that I’m not terribly fond of country music. I never have been. I’m not sure my mom is, either. That wasn’t entirely the point, for us. It was funny, it was convivial, and it was a nice place to sit down for fifteen minutes. There’s a lot to be said for that. I feel as though one of the things Disney’s missing these days is the idea that the parks are more fun if you’ve got a pleasant, convivial place to sit down for fifteen minutes. Oh, sure, the rides are entertaining, but you can wear out. And there was entertainment and pleasure while sitting down.

One of the things Disney parks tend to bring us is association with other times. The purpose of the Jamboree was to remind you of the music and entertainment of a few decades before its installation. For me, it will remain a reminder of pleasant times with my family. Some of the best of them, in fact, when we were all somewhere fun doing things we enjoyed. That’s the sort of thing I need to remember right now.

Hopefully, three years from now will be a time we can safely go to Disneyland and make new memories; help me save up for that trip by supporting my Patreon or Ko-fi! 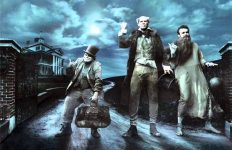 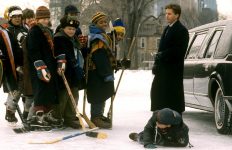