Disney has always drawn from myth, legend, folk tales, and the like for source material. At some point, I’ll get to Walt’s early Alice shorts, which I still haven’t watched all the way through. The studio takes a lot of grief for the princesses, and goodness knows there’s something to be discussed about how passive they are, but after all they’re just lifting from legend there. Similarly, there’s only so much you can do to the story of King Midas to make it not a cautionary tale of the desire for wealth above all else.

For some reason, they’ve transplanted this into a vague Middle Ages. Why? Eh, why not? King Midas (Billy Bletcher) is obsessed with gold; he sings happily about how he doesn’t care about wine or women, just gold. He’s counting it when an elf who says to call him Goldie (uncredited; maybe also Bletcher?) suggests that there could be a Golden Touch, and that it would be a curse to Midas and not a gift. Midas blows that idea off and demands it. Only it turns out the elf is right.

This was the last short Walt personally directed. He hadn’t directed in years, and he said he was going to show his staff how it was done. Only the short tanked, in no small part because it wasn’t very good, and Walt actually forbid anyone around the studio to mention it again. It’s believed to have been part of why he made the shift to full-time producing instead of ever attempting directing again.

And you know, Midas is a total sociopath in the short. Oh, he’s never the best character going, not in the original story and not in any adaptation I know of. But the utter glee with which he chases down his cat to test the Golden Touch is deeply unsettling. He runs quite a distance, passing all kinds of things he could test the Touch on instead, because he’s determined to go after the cat. This is considered part of the reason it failed—you can’t have sympathy toward a horrific creature like that.

The short is, you know, fine visually, as mid-’30s Silly Symphonies go. It’s not terrible, but it’s nothing like as beautiful as, say, “The Old Mill.” It’s an interesting historical footnote as far as the whole “Walt’s directorial failure” thing goes, and some of the imagery belongs on the list of “forgotten dark moments in Disney animation,” but if you don’t feel like rushing right out and watching it, well, neither did 1935 audiences.

I don’t ask for the Golden Touch, but I can’t even afford the fresh, juicy hamburger he ends the short with right now; consider supporting my Patreon or Ko-fi! 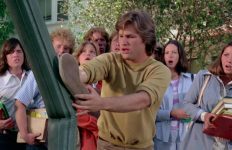 Disney Byways: THE STRONGEST MAN IN THE WORLD→ 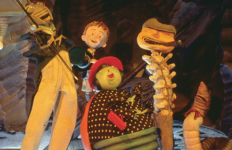 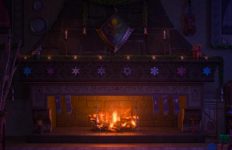 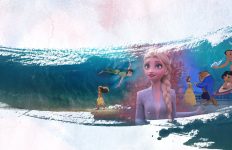