Disney+ is already being tested in the Netherlands, for reasons. This week, a list appeared online that claimed to be everything currently available on it, which is all to be available on the wide launch but won’t be everything available. (As in, none of the original shows are on there, for starters.) There are some questions about what did and didn’t make the list, and my household in particular has some fairly specific ones, which we’ll get to, but it is a heck of a list. Honestly, there’s more on it than I tend to watch on Amazon Prime, which of late has primarily been my source for Perry Mason, Time Team, and RiffTrax movies I don’t own.

If you’re like me, when you saw the list, you went through a lot of, “Okay, but will they have.” I was pleased to discover, for example, that the live action Disney movie I recommend the most, Candleshoe, is on it. As is Bedknobs and Broomsticks. In fact, so is Kim Possible. (I see So the Drama but not A Sitch in Time, alas.) But what made me stop and say, “Wow, they are serious about opening the Vault onto this” was when I saw Justin Morgan Had a Horse, which I saw once on the Disney Channel when the channel was new and have not seen since. I don’t even remember seeing ads for it ever again.

Now, there are still plenty of questions. Things like “Lonesome Ghosts” and “Boundin'” show up on the “features” part of the list, and you don’t have to be an expert on Disney to know those are shorts. I mean, “Steamboat Willie” is there, too, and yeah. So how are the shorts going to be treated? Will they all be there? What’s the situation with that? We don’t know yet, and I honestly don’t even know how they’re treated in the Netherlands release, because none of the sites I’ve seeing talking about this have even so much as shown the interface, which I’m also curious about.

Also, when it comes to TV shows, are the ones we see the ones that will be available? Because I’m thrilled about all that Darkwing Duck and the Marvel shows from the ’90s. But so much of what I’ve wanted to see good releases for have been things that appeared on The Wonderful World of Disney. I want to see Leslie Nielsen get his Swamp Fox on, y’all! And beyond that, what about Zorro? There are a bunch of older Disney TV shows that aren’t on the list that I, for one, am really curious about. My partner has been really hesitant about signing up for the service out of curiosity about what will be on it, and honestly, his fears are only partly assuaged.

Obviously, a fair number of things I’ve already written about will be making the service; I haven’t come close to listing all of them here and at the same time do not feel like counting up how many of them I see. We’ll go with “a lot, clearly.” Especially if, as is suspected, more things will be coming out of the Vault to put on the service, since that list has some pretty major omissions without even getting into the Song of the South discussion. (Okay, so maybe it’s hard to argue for Make Mine Music as a “major” omission, but it’s still an omission!) Even more obviously, though, this column is about to get way, way easier and take way, way less time on YouTube, even if they don’t put all the shorts on it.

Sadly, I have one of these scheduled for Year of the Month next month, before this service begins; help me afford the rental fee by supporting my Patreon or Ko-fi! 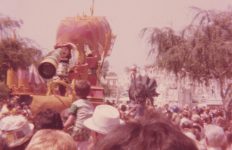 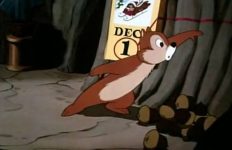 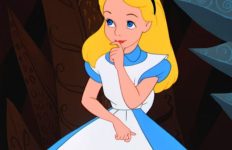