2 Fast 2 Furious. Just say that title aloud, savor each word in it. 2 Fast 2 Furious. What a perfect sequel title. The actual movie belonging to that title is nowhere near as gloriously perfect in every way, but it’s not every summer blockbuster sequel that can say it delivered such a wonderful title. As that title indicates, this is the second entry in the expansive Fast & Furious saga and the lone title in the series that doesn’t feature Vin Diesel’s Dominic Toretto character. Brian O’Conner (Paul Walker), having been forced by Miami law enforcement to help take down a local criminal kingpin, is sharing leading man duties with Roman Pearce (Tyrese Gibson).

Pearce and O’Conner used to be best buddies but that’s all changed ever since Pearce got arrested. Now he’s got a distrust for all cops, even former ones like O’Conner. But if Pearce wants his record cleared, he’s gotta work with law enforcement agents like Monica Fuentes (Eva Mendes) on an undercover job taking down Carter Verone (Cole Hauser). Would you believe it if I told you fast cars factor heavily into the proceedings as does prominent Fast & Furious supporting figure Tej Parker (Ludacris) Chris Morgan, who has written every other single Fast & Furious sequel to date, is not in charge of the script for 2 Fast 2 Furious, those duties are handed off to Michael Brandt & Derek Haas who turn in work that amounts to passable.

If 2 Fast 2 Furious was a car, one would say that its rarely outright sputters but also rarely does it really roar to life. Really, it’s just not a very imaginative movie, that’s the biggest issue. Later Fast & Furious movies found their best moments in just rolling with outsized absurdity, but it’s understandable for a smaller-scale feature like 2 Fast 2 Furious to not have the means to have Paul Walker and Tyrese Gibson jump across skyscrapers in Abu Dhabi. However, it is a shame that this particular film couldn’t find its own brand of fun weirdness to lean into, save for a scene meant to show Carter’s intimidating nature involving a blowtorch, a bucket and a rat.

Otherwise, 2 Fast 2 Furious could just be any sort of crime movie you’d find playing on TNT on a rainy afternoon. Even the performances from franchise mainstays Paul Walker and Tyrese Gibson aren’t all that distinctive. Walker’s laidback surfer bro persona has its charms but it works best as a complement to Vin Diesel’s 110% seriousness rather than as a standalone leading man personality. Gibson, meanwhile, portrays Pearce in an amusingly somber manner compared to the livewire comic relief personality he’d inhabit in later Fast & Furious adventures. Here in 2 Fast 2 Furious, neither of them deliver bad performances at all, they’re just not given much to work with and as a result they’re frequently going through the motions in a movie that should really be all putting the pedal to the metal.

As for the car chases, the big draw of this movie, they’re like the movie itself; fine in spurts but overall nothing special. Director John Singleton, turning in decent work behind the camera on the most high-profile project of his career, at least captures the assorted car races in a cohesive manner so that it’s always clear what’s going on but eventually the various car chase sequences just blur together. I kept wishing for more imaginative and fun uses of the automobiles everyone’s driving around in, like a brief scene involving a whole army of cars coming out to confuse and disorient law enforcement officers. Now that’s the kind of loopy automobile fun that the best sequels to 2 Fast 2 Furious would fine-tune into an artform. 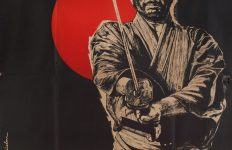 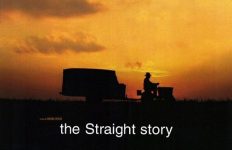