Pauses prove critical to The Straight Story. Emerging in those spaces where characters don’t speak are reminders that we’re watching regular human beings, ones who don’t have all the answers at the drop of a hat. When protagonist Alvin Straight (Richard Farnsworth) is talking to a runaway pregnant teenager, the silences the duo share convey the fact that Straight is not a wise sage here to offer every possible solution to her problems. He’s just a guy on a tractor here to be an ear to her woes and offer whatever help he can. Sometimes, people can say so much when they say nothing at all. The Straight Story and its masterful use of silence is a beautiful reminder of this fact.

Directed by David Lynch and written by John Roach & Mary Sweeney, The Straight Story concerns Alvin Straight undertaking a most unusual task. It’s a task that’s been spurred into existence by Straight being recently and repeatedly reminded of both his own mortality and the mortality of his loved ones. Shortly after Alvin Straight slips and falls in his own home, he receives the news that his estranged brother has just had a stroke. Straight, against all conventional wisdom, decides its time to pay his brother a visit. However, Straight has no driver’s license and his brother lives multiple states over. How will he get there? By tractor. Yes, Alvin Straight will be traveling across multiple states simply through a John Deere tractor.

It sounds like something straight out of an old-fashioned tall tale and, to an extent, Roach & Sweeney do play Alvin Straight’s story in that fashion. Most notably, Straight manages to meet a menagerie of strangers in his travels that reflect some facet of his personality, like a woman who can’t help but run into deer every day on her prolonged drive to work. Similarly, mesmerized onlookers speaking in awe of how far Straight’s journey has taken him away from “the grotto” practically makes Alvin Straight sound like something out of The Odyssey rather than the United States of America. These enjoyable heightened flourishes co-exist alongside an aesthetic that depicts Straight’s existence in a frank & unglamorous fashion.

This aesthetic is enhanced by the aforementioned heavy use of silence, which viscerally communicates the aching woe of Alvin Straight. An opening scene where the viewer merely hears Straight fall down inside his home, followed by a protracted amount of silence, is a hauntingly restrained way of emphasizing both the mortality and isolated nature of this character. Shortly thereafter, Lynch playing Straight’s dialogue-free response to overhearing his brother’s current critical condition manages to speak volumes about Straight’s relatable distraught condition without uttering a word. Much like David Lynch’s debut film The Elephant Man rendered a human being out of a figure society dismissed as a monster, so too does The Straight Story unearth humanity in Alvin Straight’s cross-country journey by way of a tractor.

This feat is accomplished not through expert execution of silence but also dialogue exchanges that capture such a vividly-manifested sense of melancholy. A seventy-three-year-old man, Alvin Straight has had plenty of experiences that have left an indelible mark on his psyche. Some of the best scenes in The Straight Story simply concern Alvin Straight conversing with others on the perspective he’s cultivated throughout his eventful life. From a scene where he talks about getting old to a bunch of young cyclists to another sequence where Straight reminisces about wartime experiences with another veteran, The Straight Story creates engrossing cinema out of an authentically-rendered portrait of elderly reflection.

If you can pinpoint to a singular element in The Straight Story that really seals the movies’ authentic nature, it must be the lead performance from Richard Farnsworth. His last role before he passed away in October 2000, Farnsworth is a marvel portraying Alvin Straight. I especially love the way he commands a determined spirit that doesn’t upend the characters’ default gentle & restrained disposition. Even when he’s haggling down the price of repairs for his tractor, Farnsworth makes sure that Alvin Straight still comes across as so endearingly genial. Under that likable personality is the kind of endless resolve that you need if you’re gonna undertake a mission as brazenly unlikely as riding a tractor for weeks on end. Though it sounds impossible, Straight manages to pull off his mission. In the process, his story delivers a thoughtful reflection on the unusual places we can find solace in this world.

Sometimes, it can come from talking to a hitchhiking stranger.

Sometimes, it can come from swallowing one’s pride in familiar disputes.

And sometimes, it comes from just soaking in unspoken words in those moments of silence that The Straight Story employs so well. 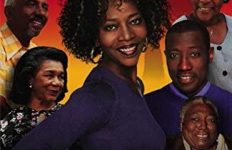