A Simple Plan is a perfectly constructed, inexorable tragedy.  Set in the dead of winter–starting on New Year’s Eve and ending just a few days later, with a gradually healing scratch on Bill Paxton’s face telling the time–it has the same bleak starkness as its snowy rural setting.  The film sets up its concerns early on: there’s a fox that gets into a hen-house, deliberate predation, and then there are the crows, the scavengers who are, as one character puts it, “always waiting for something to die so they can eat it… what a weird job.”  A Simple Plan is about crows and men.

Three men, ill-matched and with conflicting loyalties, go into the woods on a New Year’s Eve afternoon.  They find a downed small plane and a duffel bag full of approximately four million dollars.  Turn it in?  Keep it?  Does it matter morally if it’s drug money or money from, say, a bank robbery?  If they choose to keep it, how can they do so safely?

Bill Paxton plays Hank, a quiet Everyman–the layers of Paxton’s performance are not about developing Hank as much as they are about peeling him back to the essentials, revealing that there’s a lot more darkness to the Everyman than paeons to Middle America would have anyone believe.  Hank is well-respected and well-liked, friendly to his neighbors, diligent at his work, and loyal to his wife and his family obligations; his conscience is reflexive and dutiful.  In the grand tradition of crime fiction, he’s just smart enough to get himself into trouble.  His confidence that he knows better–or even best–is his ultimate fatal flaw, making this a story less about greed than arrogance.

It’s to the film’s credit that Hank doesn’t stand alone, either.  He exists in, as is affected by, a network of moral choices made by other characters, some significant and some minor.  His wife, Sarah (Bridget Fonda), is his exact counterpart, a sweet woman whose conviction of her own goodness gives way to conviction of her own intelligence.  She’s a librarian, and her interventions in the story all fit with that–she researches and provides clever detective novel-style maneuvers that don’t, and can’t, work effectively in the story’s world.  Hank’s brother, Jacob (Billy Bob Thornton, in a heartbreakingly good performance), is “simple,” but while Thornton does invest him with a kind of inherent innocence Hank can’t match, Jacob, too, has his own culpability and isn’t just the victim of his brother’s scheme.  Years before it was common to talk about characters having agency, both Sarah and Jacob have it in spades, and Jacob’s crisis of conscience in particular is beautifully done.

The film is rounded out by Brent Briscoe as Lou Chambers, Jacob’s good friend and drinking buddy, a perpetually out-of-work loudmouth who at first seems like the biggest threat to the “simple plan” going smoothly; Becky Ann Baker as Lou’s wife, a powderkeg of tension; Chelcie Ross as the small-town sheriff, an amiable man who trusts too readily; and a cast-against-type Gary Cole in a quietly terrifying final act appearance.  The characters all feel entirely natural to the world they live in, and their collisions are cathartic and breathtaking.

Raimi’s direction is smooth and effective, each scene ticking on into the next, with slow dissolves adding to the feeling of lingering dread and consequences.  The real behind-the-screen highlight, however, may be Scott B. Smith, who wrote first the novel and then the screenplay, and who. along with the perfect plotting, provides multiple cut-to-the-bone lines of dialogue: “You’ve got to remember how people see you,” Sarah says to her guilt-stricken, panicked husband.  “You’re just a normal guy, a nice, sweet, normal guy.  Nobody would ever believe that you’d be capable of doing what you’ve done.”  And there’s a wonderful, horrible simplicity to Jacob summing up what he feels like Hank’s next course of action needs to be: “But if you don’t do it, then I’m going to do it, and then we’re both going to be fucked, aren’t we?  And we don’t need to both be fucked.”  Or Hank finally admitting what he’s capable of before he actually does it, in this exchange: “I guess we’re both going to have a lot of explaining to do.”  “Just me.”

There may be no such thing as a perfect movie, but there is occasionally a perfect match between viewer and movie.  I look forward to many more happy years watching A Simple Plan.

A Simple Plan is available for free on Tubi. 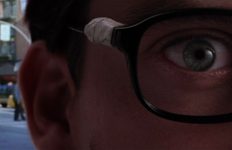 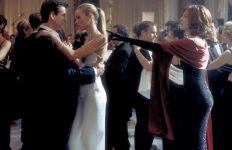