Over a decade after its release, it has come to seem like time to reevaluate Jennifer’s Body. The film, a critical and commercial flop upon its release, has garnered retroactive interest out of the belief that something about it must be secretly interesting.

After all, the building blocks are intriguing. It boasts the still-rare combo of a female writer and a female director, it’s centered on the intimately toxic friendship between two teenage girls, it has enough of an ironic sensibility to seem smart, and, more than anything else, it has people who have done good work elsewhere. Director Karyn Kusama would go on to make the underrated indie horror film The Invitation, a quiet masterpiece of grief, cults, and social discomfort; Diablo Cody is a stronger taste, with her distinctive style making her easy to parody, but her scripts for Juno and Young Adult are tart and excellent.

But despite all its promise, Jennifer’s Body is an empty shell. Attempts to inject political relevance into it in the wake of #MeToo require jettisoning whole sections of the film, as if willing it into a more agreeable shape. Yes, the failed Satanic sacrifice of Jennifer Check (Megan Fox) is constructed to evoke a sexual assault; the most unsettlingly competent part of the whole film is that Fox plays an overwhelmed, terrified girl with quiet, disconcerting realism. But past that one scene, the film locates its horror not in Jennifer’s abused body but in… Well, nothing, really. Jennifer becomes a flesh-eating succubus, preying on men, but her targets are generally innocent, which means the movie doesn’t really make for a satisfying revenge narrative. Unlike, say, Teeth–one of the films that Jennifer’s Body could have been if it were actually good–it doesn’t even successfully sell the #YesAllMen angle, positioning Jennifer as a literal monster in a world full of metaphorical ones. Instead, she’s just campy, vampy, and sexy–interspersed with periods of depression in between human Lunchables–and her victims are thinly characterized joke dispensers. Nothing is scary enough, funny enough, or sexy enough to make the absence of other elements worthwhile. Instead, the movie just exists with its tongue permanently in its cheek, like winking at you steadily the whole time is a selling point. The only reaction it wants to solicit is a kind of knowing nod, like we can all bond over agreeing that none of this matters. Until suddenly, awkwardly, it does.

By all accounts, Cody wanted to write a meaningful film, but those intentions don’t show here. Instead, the movie just occasionally, abruptly swerves into acting like it has real emotional stakes. Most of those hinge on the fraught but poorly evoked relationship between Jennifer and Needy (Amanda Seyfried). Their bond is never entirely convincing even as a poisonous or weakened friendship, but it’s one hundred times less convincing when it attempts to grapple with a possible sexual charge between them. Their kiss, filmed with plenty of up-close parted lips, is just embarrassing to watch; either Fox and Seyfried just had no chemistry or the directing there did them no favors. In the Vox article I linked to, Grady argues that the fundamental unsexiness of the scene is part of the point, but if the kiss is supposed to be a confused lashing-out entirely dependent on the two girls’ complicated feelings for each other, it’s hard to see how that fits in with the glossy men’s magazine camerawork it’s all shot with. It comes across as pure titillation, especially when the dubious payoff of it comes when Jennifer announces that she’ll just kill Needy: “I thought you only murdered boys,” Needy says. Jennifer smirks. “I go both ways.” Do you get it? Then she’s impaled by a large phallic object. Wielded by Needy’s boyfriend.

This is typical of the film as a whole. There’s nothing it won’t sacrifice for a joke that’s already been told a thousand times before. One of the things most consistently sacrificed is any pretense that the movie has any internal reality. It’s not just Cody’s highly stylized dialogue, redolent with made-up slang, it’s the fact that here, most of that dialogue feels not even like unrealistic high school students but like something either generated by a contemptuous neural net–

I dreamed some bad people were trying to nail you to a tree with hammers and big stakes and shit. Just like J.C. But I didn’t let ’em get to you, ’cause I’m a hard-assed, Ford-tough mama bear.

–or a desperate effort to shoehorn in a timely reference in place of normal dialogue, as when Jennifer famously advises Needy to “MoveOn.org.” It’s dialogue that can’t be typed without cringing, and none of it feels like it stems from any sense of who the characters are and what they would say. In-character dialogue would involve pretending any of this is real, at least for a minute, and that’s something the movie is unwilling to do.

One of the only semi-vibrant characters in the movie is Adam Brody’s Nikolai, a band front-man who believes Satan is the only available route to success: Brody alone manages the right vibe of terrifying and funny, creating a kind of genuine character out of what little he has to work with. Mostly, maybe, it’s because he just has to be a villain: it’s one of the rare cases where who the movie thinks he is and who he actually comes across as being intersect. This isn’t a movie that gains soulfulness from character ambiguity. Instead, when it tries for anything more complex, you get Needy, a “loser” who is really and truly just Amanda Seyfried in glasses, not even plagued with bad fashion sense or awkwardness or shyness, whose proof that she’s a tough girl now is that she kicks a Black woman in the face and knocks one of her teeth out. Girl power!

Maybe its paper-thinness and lack of real characters could be overcome if the prominent authorial voice actually had anything to say. But thematically, politically, symbolically–whichever way you look at it, there’s nothing here, nothing to provoke thought or feeling. Its nod at sexual assault becomes not only Jennifer gorily killing random guys but the story of how Needy has to get over her friendship with Jennifer and kill her, especially after Jennifer kills her boyfriend. (Again, if this were a better movie, it would be a different movie–in this case, Ginger Snaps, where one sister getting pushed to the task of having to kill another is a desperate, emotionally raw thing.) If the movie has an emotional arc at all, which is debatable, it’s mostly just about needing to separate yourself from friends who aren’t that nice to you. Your mileage may vary on whether that message, delivered this badly, makes the film worth it.

My recommendation would be to instead watch one of the movies Jennifer’s Body could have been more like–Teeth, Ginger Snaps, or Tragedy Girls–or one of the movies made by the director or writer on better days–Juno, Young Adult, and The Invitation. Plenty of initially dismissed movies deserve revivals. This isn’t one of them. 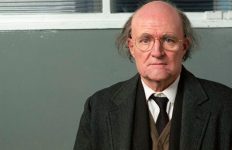 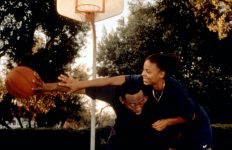 Film on the Internet: LOVE & BASKETBALL→