Browse: Home / Film on the Internet: THE BAD AND THE BEAUTIFUL

Douglas plays Jonathan Shields, a once-legendary producer who, at the start of the movie’s frame story, can’t get anyone–successful director Fred Amiel (Barry Sullivan), screen idol Georgia Lorrison (Lana Turner), or Pulitzer-winning novelist and screenwriter James Lee Bartlow (Dick Powell)–to take his call.  The three are finally called together by producer Harry Pebbel (a craggy, charming Walter Pidgeon), and in his office, they obligingly have long flashbacks to their old relationships with Shields.  The film is a kind of Hollywood triptych, ringing the changes on the idea that a producer could be a bastard but yet good for your career, and the obvious problem here is that that’s not a particularly bold thesis, nor is it one that needs to be proven three times.  As Harry Pebbel solemnly-but-with-a-wink wraps up each segment by faux-commiserating about how Shields “ruined” the person whose career only went up after working with him, any idea of moral tension in the film just fizzles out.  You could argue it’s a satire, where everyone in Hollywood will always forgive outrageous wrongs done to them for the sake of the next picture, but it has no real bite; it could be an examination of power and ambition, exercised with a modicum of conscience and caution but without a whit of reluctance, but it has too much sentiment for that.  Though, to his credit, Douglas enlivens the whole film by effectively pretending that’s the movie he’s in.

Shields started out his career hiring mourners for his father’s funeral at the hilariously specific $11 a pop; he has no illusions about the state of his father’s legacy, but he wants to reclaim it.  The film is at its best when it centers on Shields’s want, his drive for legitimacy even over money, and the sheer charismatic persistence he uses to achieve it.  “It was my idea,” a stricken Amiel says, when Shields sells his passion project but ditches him as the director.  Shields is calm: “Without me, it would have stayed an idea.”

Tellingly, Shields’s turn at direction in the film is hampered by his desire to make everything be all climax; the film is hampered by more or less the same problem.  Deciding that it liked its story, it decided to tell it three times, start to finish, start to finish, and start to finish, with no forward emotional moments between the framed stories.  They go in sequential order, and Shields is richer and more powerful in each story, but he’s always freshly presented from the POV of someone who sees him more or less as a friend.  The arc of disillusionment comes with thudding predictability.

And sometimes it comes with an eyebrow raise.  It’s one thing for Harry Pebbel to note how much success Shields’s bad behavior ultimately improved someone else’s career when the bad behavior is in-studio power jockeying or even romantic betrayal.  It’s a little different when he’s saying Bartlow should overlook Shields’s role in his wife’s affair and death because, hey, Bartlow’s got that Pulitzer now, right?  Yet Pebbel is more or less the voice of the film.  The ultimate moral here is not even that art is separate from the artist, it’s more along the lines of a lukewarm, “Aw, shucks, when you think about it, he wasn’t that bad.  Why don’t’cha give the guy another chance?”

Maybe they should.  But the best case for that isn’t the film’s storytelling, it’s just Douglas, so vivid that you can understand why people wouldn’t be able to stay away.

The Bad and the Beautiful is available on TCM Online. 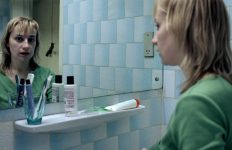 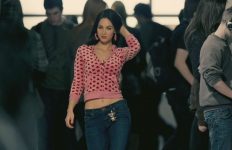 Film on the Internet: JENNIFER’S BODY→