Browse: Home / Film on the Internet: WAKING LIFE on Netflix

In the first scene of his first film, Slacker, Richard Linklater ponders the magnitude of life’s choices and the Butterfly Effect of it all. Linklater’s nameless character just arrived in town when he scams a ride from some guy. To make conversation, Linklater pontificates on the nature of dreams, theorizing that he dreams about alternate versions of himself who have made different choices in life. Eventually, he fantasizes about having not picked up the ride from the bus station and having met a beautiful woman, concluding he should have stayed at the bus station.

In the 90s, idly bullshitting about the nature of reality and dreams was a popular pastime with and without the influence of marijuana. In the late ’90s, things really kicked into high gear. 1998’s Sliding Doors had two Gwenyth Paltrows differentiated by whether or not she made the subway train. 1999 saw The Matrix, eXistenZ, and The Thirteenth Floor all ask what reality is in the face of reality bending technology. By 2001, Jet Li was murdering 124 other Jet Lis so he could become a multi-dimensional super-God.

In 2001, Richard Linklater returned to his Slacker roots with Waking Life, an animated film that idly pontificates on the nature of reality, dreams, and extistentialism. Wiley Wiggins plays an everyman who finds himself trapped in a symposium of conversations that put forth an array of ideas about the purpose of life, how it functions and why the world is the way it is. Some of it is serious, some of it is obvious bullshit, some has a good point, some are silly, some are deep, and some are deeply stoned. Linklater puts forth a whole bevy of ideas and trusts the audience to sort out which are right and wrong for them. In the world of Waking Life and the philosophy of reality, there is no objective right or wrong and its all in how you process it.

That’s not to say that Linklater lets all of his ideas pass through unfiltered. Waking Life is completely rotoscoped; he filmed it as a live action movie and then animated right over the movie. On one level, this heightens the surreality of life by being that far off from reality. Backgrounds move independently of each other, layers pulse and vibrate, and reality becomes a fragmented deconstructed image that still holds together to create familiar imagery. On another level, the animation allows Linklater to comment on the conversations through changes in animation. The first conversation is in a boat car, where a rubber ducky perpetually rolls his eyes at the stoned advice imparted from the driver to our young audience surrogate. In other scenes, ideas are illustrated by backgrounds or pop up cartoons. Reality isn’t just what we see, and its all under Linklater’s control.

The animation is less a gimmick than it might seem. It’s a fully integrated part of Waking Life, taking it from a 90-minute NPR show into the realm of a fully-realized feature film. While one can just listen to it, Linklater’s visual commentary adds so much that it demands to be watched. Plus, keep your eyes out for Julie Delpy and Ethan Hawke reprising their roles from Before Sunrise while talking about reincarnation and collective thought. 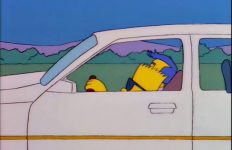 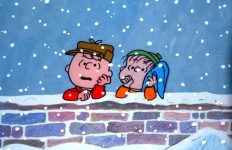 Year of the Month: The Bittersweet Beauty of A Charlie Brown Christmas→