So okay, I’ve only, as of this writing, seen three of this year’s Oscar nominees, and one of them I literally saw this week. (I took my four-year-old to see Coco.) A Best Animated Feature nomination for the Pixar? That’s not surprising. A Visual Effects nomination for an MCU movie? Not entirely surprising. A Best Original Screenplay nomination for a movie about an X-Man? Now, that is surprising. (The fact that Wonder Woman is not nominated for anything, less so on several levels.) The Academy doesn’t like genre pictures in general, and as far as I can tell it likes superhero movies least of all.

I mean, so okay. Technically, every movie is a genre film. Drama’s a genre. Biopic, that Academy darling, is definitely a genre. And so forth. But when we use that term, what we mean is “movie in a popular genre.” Weirdly, as I’ve discussed before, comedy counts. But of course horror, sci-fi, fantasy, superhero, and so forth. Odds are pretty good that, if it’s the sort of thing that becomes a blockbusters, it counts as a “genre picture.” Weird but true. Now, there are a few genres that the Academy has long been fond of. Musicals. Biopics, as I said. Westerns, to a certain extent, if they can be seen as “prestige” Westerns. But that’s about where we run out, to the point where it begins to look deliberate.

Part of why I’ve noticed is that I do, every year, try to see as many nominees as possible. And that includes in the technical categories. So I noticed when The Revenant got nominated for Best Visual Effects, I guess for the bear, and Ant-Man didn’t. I definitely noticed when Benjamin Button won Visual Effects and Makeup Design for the same thing, which I frankly wasn’t impressed by in the first place, in a year that included the dizzying makeup of Hellboy II: The Golden Army. There are three years since 2008 that no MCU movie has been nominated for Visual Effects, and none of them have won.

Now, you can argue merits all night. That’s fine; you’re entitled to your opinion. But consider that, since 2008 (the year Iron Man came out), we’ve had such jarring wins in Makeup Design as The Iron Lady over Harry Potter and the Deathly Hallows Part 2 and Les Misérables over The Hobbit: An Unexpected Journey—and if you can say nothing else about those movies, you have to admit the makeup was good. And I know the argument about “best” versus “most,” but what exactly are we celebrating with those winners? Making Meryl Streep look slightly less like Meryl Streep but still not actually like Margaret Thatcher?

And mind you I am just looking at categories where you’d expect to see a heavy lean to the genre. And I don’t always dispute the win; Inception, which may or may not be a genre picture depending on how you look at it, definitely has more impressive special effects than Iron Man 2. But were the special effects in Real Steel, a movie most people have probably already forgotten about, better than those in Thor? Or to look at just nominees, were the effects in Hugo really better than those in Deathly Hallows Part 2? I even like Hugo more than most people, and I don’t think it deserved to win all three effects categories.

Heck, this year, there has got to be some reason The Lego Batman Movie wasn’t nominated and Boss Baby and Ferdinand were, right? And remember that The Adventures of Tintin wasn’t nominated in a year when Puss in Boots was—and Tintin is a comic book character as well. Also, you know, that movie was made by Spielberg, whose record I definitely hope to crunch numbers on and discuss in the next month. I believe those numbers tie into the Academy’s feelings about genre pictures as well. Even though Spielberg has been moving away from genre pictures for decades. 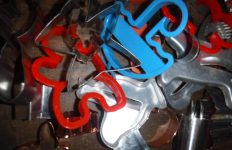 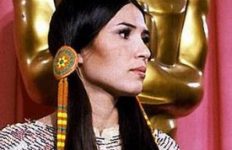