Browse: Home / Getting An Actual Injury Is More Pleasant Than Watching Wounds

Even the most cell phone adverse people on the planet would never be able to imagine the horrors the cell phone at the heart of Wounds is capable of. That phone is discovered by bartender Will (Arnie Hammer) after a skirmish at the tavern he works at. At first, he simply expects to drop it off with the police or the bar’s owner so that its owner can get it back pronto. However, an unusual text sent to the phone leads Will to dig around in the device and discover a series of gruesome photos. He’s also being followed around by a black car that’s intent on making sure he doesn’t speak to the authorities on this matter. Oh no! Will’s whole life is being turned upside down by malevolent forces! Worse, he’s stuck in the movie Wounds!

Writing out that plot summary for Wounds, I’m amused how little in the way of concrete details we actually get to supposedly crucial parts of the movie. We never know whose driving that black car, how exactly the group of teenagers who first dropped the phone at the bar got stuck in all this nastiness, much of Wounds remains a frustrating mystery. Ambiguity in a horror film is frequently the correct option, the likes of Alien and Jaws have shown how much scarier it is to leave things to the imagination. But Alien and Jaws provide plenty of chills and entertainment in lieu of unnecessary backstory. Wounds, by contrast, is so deadly boring and empty that you can’t help but ponder larger questions about its universe that really shouldn’t matter.

Instead of delivering scares, Wounds takes a cue from last year’s Hold the Dark in having all the thematic subtext of a particularly dismal B-movie while prancing around with the filmmaking and tone of a quiet arthouse movie. Wounds has the super slow pacing and atmosphere of a contemplative motion picture but it’s only real thought is that people are capable of looking normal yet being selfish on the inside. Storylines on Rolie Polie Ollie had more substance than this stuff masquerading as meditative. In a conventional horror movie, such a shallow thesis would already be an issue but place it in a movie that just drones on and on, it becomes unbearable. If you didn’t appreciate the craftsmanship of Ari Aster’s slow-burn horror fare before this (for the record, I adore both of his works), you’ll want to kiss his feet after sitting through Wounds.

Writer/director Babak Anvari adds salt onto the wounds by refusing to deliver much in the way of scares beyond the recurring appearances of cockroaches. These critters don’t terrify so much as remind you that Joe’s Apartment is a movie that exists. Otherwise, we’re stuck with an unengaging lead character whose downward spiral, revolving around him being infatuated with frequent bar patron Alicia (Zazie Beetz), is utterly predictable. Wounds stumbles just as badly at doing a character-driven suspense thriller as it struggles to pull off a cinematic contemplation on the dissonance between man’s internal desires and external appearances. Points for the worst kind of consistency, I guess?

In the middle of all this dreary sludge, the poor cast of actors just looks lost, with Armie Hammer in particular (in a rare genre film turn for the performer) looking amiss. How could he not feel this way, the dude’s woefully miscast in the role? Hammer is perfect for roles like the ones he played in The Social Network or Call Me By Your Name where he’s supposed to represent the peak of human perfection. Hammer’s whole physique, manner of dialogue delivery, everything, they’re all terrific in service of that. Here in Wounds, he’s called on to play an everyman bartender and right from the get-go, he doesn’t strike one as believable, he’s like a chiseled male model that’s wandered off from a fashion show rather than someone who would work in this environment on a daily basis.

He’s even less convincing when portraying his characters darkest moments in the last half-hour of the movie, Hammer’s version of demented sleep-deprived mania just come across as a pale imitation of cruelty. At least Hammer gets a lot of screentime to do a variety of things (he researches cult rituals and purchases a sandwich!), poor Zazie Beetz and Dakota Johnson don’t even get that much to do. Both of them are stuck in roles that never utilize any of their many talents as performers and also get saddled with some of the worst dialogue of the entire production. Johnson especially gets some of the clumsiest examples of Wounds attempting to make creepily insightful dialogue. Such lines are like nails on a chalkboard, which makes them fitting for Wounds, a film less pleasant to experience that most actual wounds. 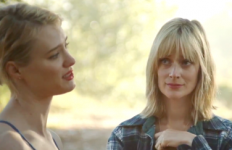 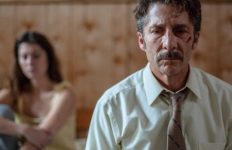 Little boy lost, he takes himself so seriously: Bob Dylan, BLONDE ON BLONDE→ 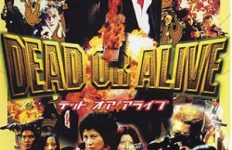