Kathryn Bigelow’s career started in the art world, specifically in the Art & Language movement of the 1970s.  That may be the best–possibly the only–way to approach The Loveless:  not a proper movie but an installation, something to play in a blacked-out room in a gallery, with spectators wandering in and out, usually with a slightly padded bench for the one or two people who want to sit through the whole loop.  It’s a copy of a 1960s AIP biker movie that takes a couple of aspects of the genre–homoeroticism and rape–and de-subtexts them by about 25% or so. (That installation would have a card outside with things like “recontextualization,” “signifiers,” “simulacrum,” “proto-counterculture,” and “Kenneth Anger’s Scorpio Rising” written on it.)  Like early Cronenberg, it’s more an object for analysis than enjoyment, the work of someone whose ideas had outrun her craft–the recurring problem with conceptual artists is that the first term dominates the second.  There are flashes of the director Bigelow would become, though, and they make this film a genuine curiosity. (Monty Montgomery is listed as co-writer and co-director, a fact I’ll ignore for purposes of this series.)

Most of those flashes involve Willem Dafoe.  Not counting a small uncredited part in Heaven’s Gate, this was his feature-film debut as well as Bigelow’s, and he nailed the presence he’d keep all the way through Wild at Heart.  He’s skinny to the point of what the 19th century would call consumptive, and he calls up that kind of doomed-Romantic vibe that so much of the biker genre had.  (“I mean, like, zero.”) The eyes and cheekbones were always too prominent then, the lips too thin, a face that’s scary and instantly iconic. (Lynch casting Michael Massee in Lost Highway felt like an acknowledgment that he couldn’t get Dafoe back.)  Along with the face, the voice always seems like a sneer, always immediately untrustworthy.  “Mercurial” doesn’t quite get there for what Dafoe does; he’s Satanic; the closest contemporary descendant of his early work is Tom Hiddleston’s Loki.

All of which makes Dafoe perfect as lead biker Vance here, and Bigelow knows it from the first shot, a tilt-up reveal of man and bike, from boots to crotch bulge to leather jacket to comb running through greased hair–if you RiffTraxed this moment you’d have to say LLLLLLLLLLLLLLLadies over it.  Honestly, this scene belongs to a much better movie:  coming out of costar/musician Robert Gordon’s song during the titles (it’s more or less “Stray Cat Strut”) into a predawn shot of nothing but Vance, his bike, and a cornfield is a compelling start:  who is this man? Why is he here alone? When is this movie happening? It’s an iconic image but stripped of all context, a bit like Peter Weir’s opening to Fearless.  It’s the first indication that Bigelow will do her best work when she stays in a hermetically sealed world.

It’s downhill from there.  In a generic southern town in a generic 1950s (the place and time may be specified but they’re never individuated), Vance and his crew meet up, hang out in a diner, fix their bikes, drink, smoke, throw knives, say things like “can I sit on it?” to each other, and Vance goes off with Telena (Marin Kanter, 21 at the time of filming, could easily pass for 14), and has sex with her.  When her father (J. Don Ferguson) shows up, he drags her out and she gets the exit line “he ain’t done nothin’ to me you ain’t done a hundred times before,” so we get statutory rape and incest.  Everyone, bikers and squares (in the parlance of not this film’s time) comes together for a big finish in a bar, with a striptease from a waitress, some nearly explicit sex, gay panic (if I’m reading this right, it’s kicked off by one biker’s choice of underwear), Ferguson plotting to kill a biker and then getting abruptly gunned down by Telena (you know, I think we learned who the real outlaws are in this world), she kills herself, and then the bikers drive off and fin.  Throughout, Gordon’s Elvis imitations alternates with Dafoe’s voiceover on the soundtrack; the latter delivered with “Flag on the moon, how did it get there?” cadences (“every one of us, dollah chips in one big floatin’ crap game.”)  The Loveless is a collection of tropes with nothing animating them:  David Lynch minus the surrealism, humor, depth, really everything he brings to the game; a reminder that most exploitation movies were outright boring, a few compelling scenes (if even that) with a lot of cheaply filmed dead space around them. 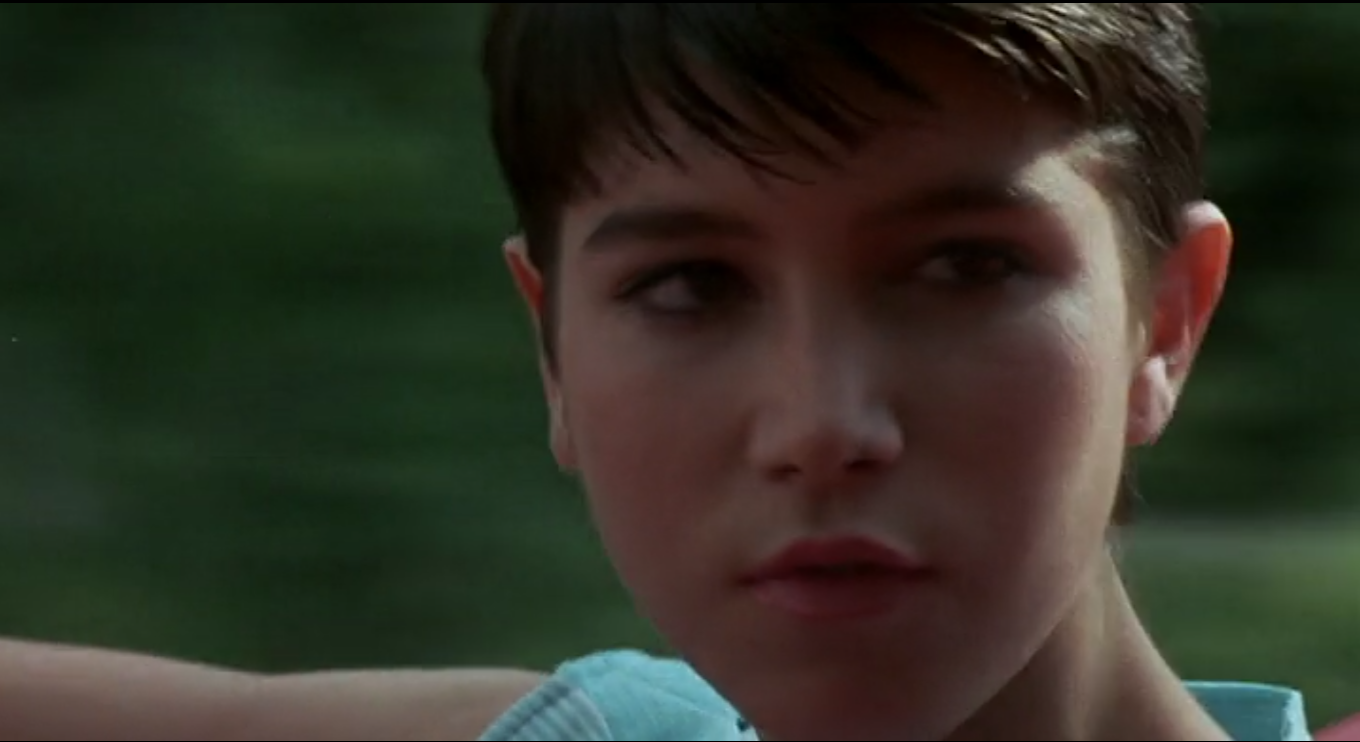 There’s some honestly good stuff in here, though, and things that Bigelow would develop further.  Bigelow shoots the long, loose conversation between Telena and Vance well, keeping it visually interesting while the dialogue never does anything unexpected (although Telena saying “What’s the Mann Act?” is a good disturbing touch) and she caps it off by switching to Dafoe and Kanter naked in a motel.  Call this the Un Chien Andalou move:  show us the suggestion or representation of something and then cut to showing the thing itself.  To swipe a phrase from William Goldman, she fakes right and goes right, and she’ll do it again in Near Dark.  She uses Dafoe’s nudity in the same way Friedkin would and Scorsese wouldn’t:  he’s pasty and vulnerable here as he would be in To Live and Die in L. A., not the living Renaissance painting of The Last Temptation of Christ.  Bigelow and Dafoe underscore that by having him just stand there when her father drags her out of the room; he’ll just stand there again when she shoots herself.  Kanter has a presence that’s as unusual as Dafoe’s but in a different direction (neither actor nor character nor director seem clear on just how vulnerable she is, and that’s to the good), and these moments point to a better, stranger movie that could have been made from these materials.

The final sequence, bringing together multiple (what I suppose have to be called) plot threads and (same point) characters at the bar, shows Bigelow’s intentions reaching beyond her talents.  It’s the kind of slow-build sequence she now can do better than anyone working, but here it comes off as largely static.  The individual actions feel like short sentences, each ending with a period; one 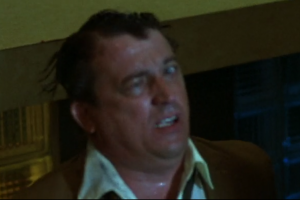 doesn’t flow into the other, so it’s this happened.  Then this happened. Then this happened, without any sense of rising tension. Telena’s killshot, though, is the kind of effect that Bigelow would do well later on:  the out-of-nowhere escalation. It’s not really a criticism to say that someone needs improvement in their technical skillz in their first work, though.

The failure of The Loveless is the promise of Bigelow’s career.  The Loveless is a biker movie, not a parody of a biker movie or a commentary on one, but the real thing, and Bigelow made it to the best of her ability.  She’s never done irony, which works to distance the viewer from the movie. She committed to this, and that would become her greatest strength, that will to go all in on her characters and genres and not care about what anyone else thought of them.  That would pay off with her next film, and every one after.

Previously: Introduction
Next: Near Dark (1987)