Kathryn Bigelow loves men:  not just their bodies, their muscles, sweat, hair, and lines of motion, but also their psyches, their codes and obsessions, how they identify themselves with and against authority, how they love and fear; most of all, how they behave under the extraordinary pressure she subjects them to.  A painter by training, she compulsively makes whatever’s on the other side of the lens beautiful, and there are a lot of beautiful and/or iconic men there:  Willem Dafoe, Adrian Pasdar, Bill Paxton, Lance Henriksen, Keanu Reeves, Clancy Brown, Ralph Fiennes, Liam Neeson, Harrison Ford, Peter Sarsgaard, Jeremy Renner, Anthony Mackie, Guy Pearce, Jason Clarke, John Boyega, and when you’ve captured the most beautiful of all of Patrick Swayze’s performances, your place in film history is deserved and assured.  (I shouldn’t ignore the great women in her career, though:  Jenette Goldstein, Jamie Lee Curtis, Angela Bassett, Jessica Chastain, and Lori Petty in the most iconic androgynous performance I’ve ever seen.)  Her films objectify men, and subjectify them as well; as with all great artists, her style–her vision, really–becomes her works true theme.

She may well be the best action director working today, the truest inheritor of Walter Hill:  ignoring the accelerated and incoherent editing of the Michael Bay school in favor of assembling carefully edited sequences of cleanly defined points of view with sustained tension throughout.  She works not towards the maximum intensity that her technology can convey (as Tony Scott often did) but to the maximum we can perceive.  Bigelow can keep an action scene going past the point where most directors would care, or even imagine:  the massacre at the bar in Near Dark, the chases in Point Break, the reactor accident in K-19: the Widowmaker.  (Her inheritor may be Michelle MacLaren, and I’m still kinda pissed that Hollywood hasn’t given us a chance to find out.)  Yet she often stumbles at the scale of the film rather than the sequence; there are many Bigelow films where I’ve felt that there’s a great 80-minute action film lurking inside 2+ hours of bloat.

So much of Bigelow’s aesthetic derives from the 1980s:  the bright colors, the willingness (really, the need) to go for the biggest effects, the masculine values, the power chords in the music, the acceptance of American structures of authority.  (She would make one hell of a version of Fail-Safe but not Dr. Strangelove.)  That she goes all in on this aesthetic is what makes her great, an artist with a unified, developing vision; and it’s what wrong-foots her in Strange Days and Detroit.  It’s not an accident that possibly her best and certainly her most iconic film is the one that takes place entirely in its own world; Point Break (1991) was the last great 80s film just as Prince of the City (1981) was the last great 70s film.

In this series, I’ll cover her ten feature films over a 37-year career.  I may dive into some of her television work (probably her paintings too) and possibly write my promised fan-fiction where she and Lexi Alexander do whiskey shots every night and then fight crime.  (The seed of this series came from a conversation with Son of Griff over a year ago, and I’m happy to take him up on it.)  Bigelow isn’t just a supremely talented director but a supremely committed one; her aesthetic and values don’t always line up with mine, but they’re always hers, and that’s what defines the great artists. 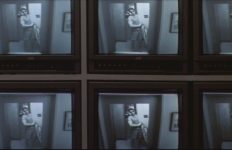 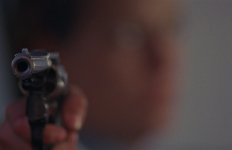