Sports is not the usual purview of the Solute, but John Madden’s reach transcended football. He got his start in coaching almost immediately out of college (he played in college and was drafted by the Philadelphia Eagles, but a knee injury in his first training camp ended his career before it even began), and made his name as one of the most successful head coaches in NFL history. Everyone’s favorite NFL owner maverick, Al Davis, hired Madden as head coach in 1967 at age 32, making him the youngest head coach in professional football history.

In ten years, he took his Oakland Raiders to seven AFL/AFC conference championship games, including five in a row, and won their first Super Bowl. He never had a losing season and still stands as the winningest coach in Raiders history and with the second-best winning percentage in NFL history (103-32-7, .763). He retired after ten years due to burnout, and that’s where our story really begins.

Madden gets an obituary here because, while football may not be typically in the Solute purview, television and video games certainly are, and even more than his success as a head coach, Madden is best remembered today for being the definitive football broadcaster and for lending his name to the definitive series of football video games.

Madden retired from coaching after the 1979 season and immediately was hired by CBS as a color commentator. After two years in that role, Madden was elevated to their top broadcast team alongside play-by-play man Pat Summerall (pictured alongside Madden in the header). The two of them worked together from 1981 to 2002, first on CBS and then for FOX, arguably becoming the greatest broadcast booth in the game’s history.

Madden became such a highly renowned broadcaster for two key reasons. One was his passion for learning and teaching the game. Madden once mentioned that he got his degree in teaching, and after his knee injury that ended his pro career with the Eagles, he spent the year shadowing Eagles quarterback and future Hall of Famer Norm Van Brocklin as he watched film, explaining it to Madden. That lead him into coaching, and even after coaching, that passion for learning and teaching the game is what made him a superlative broadcaster. Madden had a gift for explaining complex concepts in terms people could understand, for connecting the audience to the game. He popularized the technology of the telestrator, which allowed him to diagram and break down plays in real time to explain to his audience.

The other reason for Madden’s renown is his joy for the game. The quote in the headline comes from a longer quote of his:

If you think about it, I’ve never held a job in my life. I went from being an NFL player to a coach to a broadcaster. I haven’t worked a day in my life.

As anyone who’s ever gone through two-a-days can attest, football is hard. It never felt hard to Madden, though. His joy and passion for this game was infectious and spread to his audience. He knew how lucky he was that this great game was able to provide him such a living, and he imparted that joy and passion through his broadcasting. He was never condescending or lecturing from a place of superiority, despite his immense football knowledge. He didn’t broadcast to feel like he was better than you, he did it because he wanted you to share in the passion he felt for the game and to gain the understanding of it that led to his deep love for it. That’s part of the reason (alongside the ever-shifting nature of NFL TV contracts) why Madden was the first ever sports broadcaster to work for all four of the major networks.

Madden’s broadcasting gave rise to a number of terrific soundbites, some insightful, some supremely goofy, but none anything less than who he was. That lead to words of wisdom like “The road to Easy Street goes through the sewer” as well as nonsensical tautologies like “Well, when you’re playing good football, it’s good football and if you don’t have good football, then you’re not really playing good football.” But even those revealed the human side of Madden.

It’s the humility and humanity he brought to his role, despite being a brilliant football mind, that made him resonate with audiences.

And, of course, even that was not his only impact on the game. In 1984, Electronic Arts reached out to him to be the name and face of their new football video game. Madden was serious enough about the project that he refused to do it until the technology had developed to present 11-on-11 football in a video game (EA pitched the idea of 7-on-7), and so the first John Madden Football game wasn’t released until 1988. Madden took his role seriously (he would never lend his name to an inferior product), offering creative input to the game and doing what he could to make it feel like real football as much as possible– down to details like the stances of players; down to the point where it was the first series that allowed franchise management, allowed gamers to trade players and build rosters and take a long-term view of their team– and he continued to do so even after he retired from broadcasting in 2009. And today, the Madden NFL series has become not only the only NFL-licensed series of football games in the world (sorry, 2K), but one that has spawned a legion of competitive players, some of whom have devised strategies that improve on the NFL approach to matters such as fourth-down decisions and clock management. The Madden series has given rise to competitive high-stakes tournaments that have been broadcast on television. That’s a legacy that would not be possible without Madden’s genuine passion for the game and attention to detail.

Madden also stands out for being such a unique, odd individual for someone of his station. He refused to fly: He said this was primarily due to the claustrophobia he felt on planes, but he was also, surely, influenced by the Cal Poly football team plane crash of 1960, having graduated that institution in 1958 and having known many of the people on that plane. Early in his broadcasting career, he traveled by train across the country to call football games, something Saturday Night Live spoofed when he hosted the show in 1982, and what more can you say about his cultural impact other than “Do you think a football broadcaster will ever host SNL again?” (Let alone one in his third year as a broadcaster?)

Greyhound approached him in 1987 and provided him with the Madden Cruiser, the famous bus he would use from then on to travel cross-country to broadcast games. He never broadcast the Pro Bowl, because it was played in Honolulu while he was working and he wouldn’t fly; similarly, he never broadcast a preseason game outside of the United States.

He said part of the reason he didn’t fly is that it didn’t give him the chance to see anything on his travels. John Madden wanted to appreciate America, the land he lived in, in all its natural beauties and little oddities and small towns and communities and cultures. In many ways, John Madden was America: ambassador for the most American sport, finding the joy and passion and fun in it amidst the violence of the game and the wreckage it could cause to human bodies, but with a deep appreciation of what all that provided for him, for the luck to be born somewhere where a passion and talent for a game could take him so far. (That said, Madden was one of the earliest advocates for keeping children out of tackle football and into flag football.) I suppose there’s not much more American than that.

And I am certain no one is more responsible than Madden for raising the profile of the turducken.

John Madden leaves behind a legacy of a wife and two sons, as well as an unassailable record as a football coach, as a football broadcaster, and of a football video game franchise, plus innumerable fans his broadcasting touched over the years or led them to appreciate football in a way they didn’t before. He left an indelible mark on the game, one that extended well beyond the field itself. As Roger Goodell said in the NFL’s statement on Tuesday, “He was football.” Nothing more needs to be said, but I tried anyway. 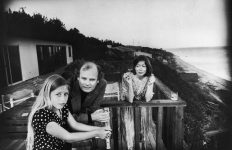 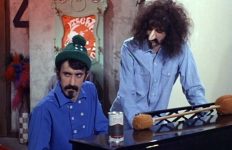 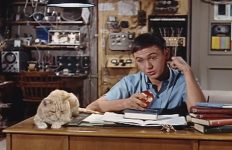