Sometimes, the reaction to a death is, “Yeah, we knew that was coming.” He’s been unable to talk for four years because of his health problems. And while it was brain issues—the thing that hurts me most when they hit someone whose art or intellectual product I care about, and Jones had both—it was brain issues that didn’t damage his cognitive function. It was brain issues that limited his communication. Both speaking and writing. And in a way, that’s even more horrific, because who knows what was going on inside that brain?

He is also one of those people where picking a single place I think of him first is well nigh impossible. Mandy, Mother of Brian, okay. Sir Bedevere, indeed. Mr. Creosote. Any number of Pepperpots, of course. And so very, very many stuffy upper middle class men, the thing he did best of any Python. And if anyone’s put together a full list of his characters, I don’t know of it. You could watch everything Python ever did and probably miss a few. He may not have stood out the way the others so often did, but he was there, giving consistently fine performances.

Oh, and of course he wrote and directed. Directed Holy Grail, Life of Brian, and Meaning of Life. As well as some not-Python, including a segment of The Young Indiana Jones Chronicles. They Pythons tended to work in writing teams, with Terry Jones primarily working with Michael Palin. Their work was generally the more fanciful; Jones and Palin may not have expected the Spanish Inquisition, but they created the sketch.

And as far as writing goes, Jones was also a great historian, which considerably fewer people know about. Even it they knew he was presenting documentaries about history, they didn’t necessarily know how much of the research he’d done himself. After all, he was Oxford-educated. He’d started out reading English, but studying Chaucer—and he once wrote a book that was a new take on a Chaucer character—got him interested in Medieval history. And when you’re comfortably well off, why not spend all your spare time indulging a passion.

He was smart and funny, of course, but Oxford friend Michael Palin says that what initially drew him to Jones was how nice Jones was. And when Michael Palin, the official Nice Python, says you’re nice, that’s a lovely endorsement. Smart, funny, and nice—the qualities the world needs. We are all a little lessened by the loss of Terry Jones. 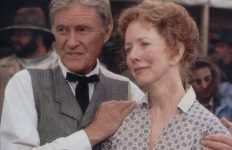 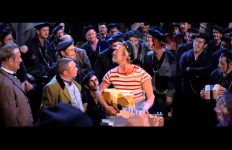 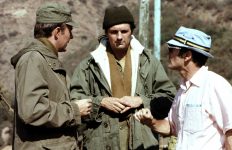 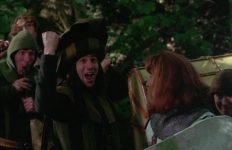