If you’re setting a work in some sort of fictional past, you often have to make the decision about having real people in your work or not. We’re not talking biopics, here, where you at least theoretically have an obligation to having something approaching accuracy—which is a different discussion—but movies set in a real time and place but telling a fictional story. Do you do as the Coens did and make all your characters fictional, or do you intersperse the real ones and the fake ones? You make your choice, and if you choose to have real people, how much responsibility do you have to the reality?

For obvious reasons, I can’t really speak to the portrayal of Bruce Lee in Once Upon a Time in Hollywood, though I do know the Lee family is far from pleased with it. I can’t help wondering if his portrayal on The Who Was? Show, where he’s played by a teenager and fights Julius Caesar, is more accurate. Someone who’s seen both will have to tell me. But that’s the sort of thing I’m talking about—where most of the movie is fiction, but there are a few real people scattered here and there for whatever reason. The perpetual appearances by actual celebrities in Quantum Leap, too, where that may or may not be who Jack Kerouac was, but it’s how I’ll always picture him now.

In fact, there can also be versions of this thought in less realistic stories. The thing that inspired me to write about it, honestly, was watching Coco and seeing its take on Frida Kahlo. (Who in fact was also on The Who Was? Show.) Is its Frida completely realistic? Good heavens, no. But I can’t help thinking that she was more likely to have been amused by how she was portrayed than anything, if she had a sense of humour—something I don’t really know much about, when it comes to Frida Kahlo. And of course, it gets at her core—she’s an artist. She just has slightly different scope now.

Weirdly, another example I keep coming back to in my head is from a biopic of sorts, even though I’ve explicitly said I’m not talking about them. But in this case, it’s because it’s not the person the movie is about. What I keep thinking about is that one brief moment with Orson Welles in Ed Wood. They cast Vincent D’Onofrio, because he looks a lot like Orson Welles, and dubbed him with Maurice LeMarche, because he sounds a lot like Orson Welles, and while some of the details in his one brief scene are wrong and the whole scene is imagined anyway, it feels right. This is Orson Welles in a way that we can imagine him, middle aged and tired and still somehow an inspiration to wide-eyed Ed.

I don’t even truly believe the portrayals always have to be positive. They just have to feel real. Maybe if the person’s family is still alive and actively defending their image, you should be aware of that, but think about how Roy Cohn is shown in Angels in America—that’s not a positive portrayal, because of course it’s not, and no one in their right mind should expect one. If your movie involves J. Edgar Hoover, it’s okay to show him as obnoxious and paranoid and willing to destroy people’s lives on a whim. But if you choose to put him in a dress, remember that whole thing comes from a single unreliable witness and maybe don’t?

Help keep my kids in Coco and The Who Was? Show; consider supporting my Patreon or Ko-fi! 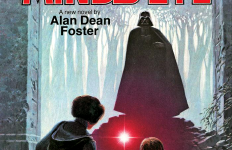 Year of the Month: Joseph J. Finn on Splinter of the Mind’s Eye→ 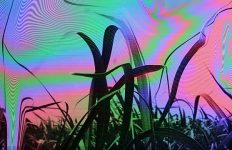 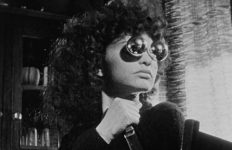 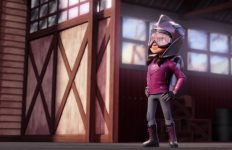