I never thought I would be writing this about Harry Dean Stanton. He has passed away at the age of 91.

Harry Dean Stanton seemed like one of those actors who would never quit acting and would be a staple in cinema for years to come. His death comes just weeks after he revived his role in David Lynch’s Twin Peaks, a season that dealt with the ongoing struggle of mortality through its narrative and reality. In two weeks, John Carroll Lynch’s Lucky will feature Mr. Stanton in the titular role. On top of all that, Mr. Stanton has another role in Frank and Ava, an upcoming film currently listed as “in post-production.”

Harry Dean Stanton was a character actor who popped up in the best and most unusual of places. With 199 listed credits on IMDb over the course of his 63 year career, Stanton has appeared in the greatest of movies, worked with the greatest of directors, and has also become a significant figure in the cult movie scene. One of his earliest listed roles is an uncredited part working with Alfred Hitchcock in the 1956 movie The Wrong Man.

Mr. Stanton’s roles took him from canonical classic movies (Cool Hand Luke and The Godfather Part 2) to mainstream pop hits (Pretty in Pink, Twister, The Green Mile) to genre classics (Two Lane Blacktop, Alien) to cult hits (What’s The Matter With Helen?, Paris, Texas). His mastery of character acting seemed to be popping in and out of movies as both Harry Dean Stanton and as the character itself, embracing a dual nature that brought his history with the script at hand.

He has been a repeat favorite of directors, working with John Carpenter in both Escape From New York and Christine, with Francis Ford Coppola in both The Godfather Part 2 and One From The Heart, and a nearly 30 year relationship with David Lynch that included Wild At Heart, Hotel Room, Fire Walk With Me, The Straight Story, Inland Empire, and Twin Peaks The Return.

But, I first noticed him in Repo Man, one of his most iconic roles. Appearing against a disaffected punk Emilio Estevez in a scorched alien version of Los Angeles, Stanton took on the role of one of the jaded surrogate father figures to our young jaded punk who becomes part of the system by breaking the system. He’s a misanthrope (“Look at those assholes, ordinary fucking people. I hate ’em.”) who spouts capitalist words of “wisdom” (“Credit is a sacred trust, it’s what our free society is founded on. Do you think they give a damn about their bills in Russia?”) while taking the very things people use to make their living. He was such a hilariously jaded force and showed up time and again in that role.

Perhaps you know him as the apostle Paul preaching the word of God in The Last Temptation of Christ. Others may know him as Brett, one of the two maintenance men of the Nostromo in Alien. Once you tuned into Harry Dean Stanton’s wavelength, it was hard not to see him. Even in cameos from Fear and Loathing in Las Vegas to Anger Management, Stanton was an immediately recognizable actor. He has so many movies that Lexington, KY, his alma mater, hosts an annual Harry Dean Stanton film festival to celebrate his diverse body of work.

On top of this, Stanton made music in the country vein, occasionally going on tour and appearing in music videos.

Mr. Stanton didn’t appear only in good cinema. He appeared in a lot of crap too. He wasn’t that picky. But, even if the movie he was in was lousy, Mr. Stanton was one of those reliably shining stars.

He will be missed. 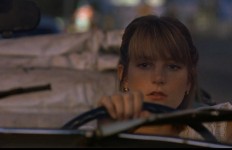 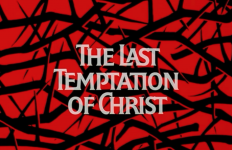 The Scorsese Experience: The Last Temptation of Christ, Part One→