I’ll be honest—I haven’t really had the capacity for obituaries much lately. There are several people who have died recently who deserved an obituary and who I just didn’t think I could get five paragraphs about. I’m sorry, Richard Donner. But this morning, I was browsing Facebook, and a single friend had posted a mention of the death of Charles Robinson, and that, I had to talk about. Charles Robinson was such a prominent part of my childhood that there was no way I’d fail to talk about him. I kind of wish I’d arranged a Night Court month; I still might, at some point.

Robinson was alternately credited as Charles, Charlie, and Charles P.; delightfully, this means some of his credits get mixed with with Charles Knox Robinson—an actor whose career, wherein he was sometimes credited as Charles Robinson, was at its height just before our Charles Robinson’s career took off. They are very, very different, but there’s some crossover in the ’70s or so as people aren’t sure which Charles Robinson they’re talking about. Still. The one we’re talking about for today started in both film and movies in 1971. He spent thirty years in the Actors Studio, and he did August Wilson plays.

And, yeah, okay. In my head, he’ll always be Mac, to the point that a certain popular gif had me asking, “Wait, which episode of Night Court is that from?” Now, this is in no small part because we’re looking at 180 episodes. That is a long run for a TV show. These days, it’s impossibly long; that’s eight seasons from the ’80s and ’90s, and it would be about fourteen seasons today. And that’s leaving off one season of the show, as Mac is one of the characters who appears in the second season, as the show began to crystallize into what we think of around here as “the good seasons.”

Mac is part of that change. For starters, while he’s not a straight man—he gets a certain dry sarcasm that works really well with Robinson’s abilities—he is definitely aware that Harry (the late, lamented Harry Anderson) sees him as one. He also sees himself as the competent person who keeps the whole court from falling apart, and frankly he’s not wrong. Harry’s good at his job. So are Dan and Christine. But if Mac isn’t good at his job, it doesn’t matter how good everyone else is, because he’s the one who keeps everything going. Wacky happens to Mac—boy does it; this is an ’80s sitcom, after all—but he is not himself wacky.

Okay, so also his 30 Rock episode is called “The One With the Cast of Night Court.” So I’m not the only one who remembers him that way. He did a lot of things of wildly varying quality—probably we’re too busy thinking about “Larry” Fishburne to remember Robinson from Apocalypse Now, even if he’d played a more notable character than “soldier with Colby.” But I firmly believe that, if nothing else, Night Court showed those of us who never got to see him in Fences that Charles Robinson was a fine actor. 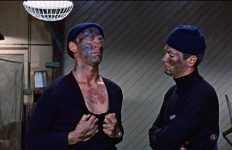 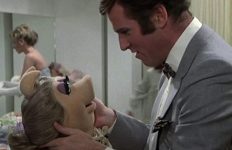