Browse: Home / “It’s All In The Family”: Tom “Vomas” Morton on Sabrina

Sabrina opens like a fairy tale. A mansion, a wealthy family, two conflicted brothers, and one practically invisible girl on the outside, a modern-day Cinderella looking in. Maybe the fairytale version would make the mansion into a castle and the brothers into princes, but Audrey Hepburn’s romantic narration leaves no (precious) stone unturned as she conveys the majesty of the Larrabee family — which she observes from a distance, the daughter of their loyal chauffeur.

With wealth and splendor on her doorstep, a lifelong crush on a Larrabee to contend with, and extremely mixed messages from her father — “don’t reach for the moon,” he says, before shipping her off to Paris for two years — Sabrina is an extremely confused young woman. She longs for romance above all else, and the younger Larrabee brother — William Holden’s David — is adept at providing something that looks a lot like romance, if you squint a bit. Cross your eyes enough and maybe you can overlook that he repeats the same routine on every wealthy young beauty that passes through the family’s legendary parties.

Sabrina’s romantic obsession is the main topic of conversation among the Larrabee staff. Her father despairs (hence the proposed escape to France), but most of the assorted cooks and butlers seem to be rooting for Sabrina to “succeed” — even though it’s clear to us, and hopefully to them, that David is awful. A perennial dropout and womanizer who has never worked in his life, he’s a perfect vision of wasted privilege. And, while two years in a Parisian cooking school — with the Eiffel Tower clearly visible through the window at all times, because that’s how Paris works — help take Sabrina’s mind off her crush, they also give her a worldly outlook and sense of style that transform her into exactly the kind of person who can turn heads when she returns to the US.

Naturally, David’s engagement is immediately put at risk — and this brings in Humphrey Bogart as elder brother Linus, interestingly cast against type as a sort of emotionless business vampire. David’s upcoming marriage is a key ingredient in an important merger that will make the family business a major player in plastics, and a fling with Sabrina could cost millions. One cruel — but hilarious — prank later, David’s romantic overtures are curtailed by an injury to an unfortunate part of his body, leaving Linus to swoop in and save the day. Assuming he can resist Sabrina’s charms, that is. 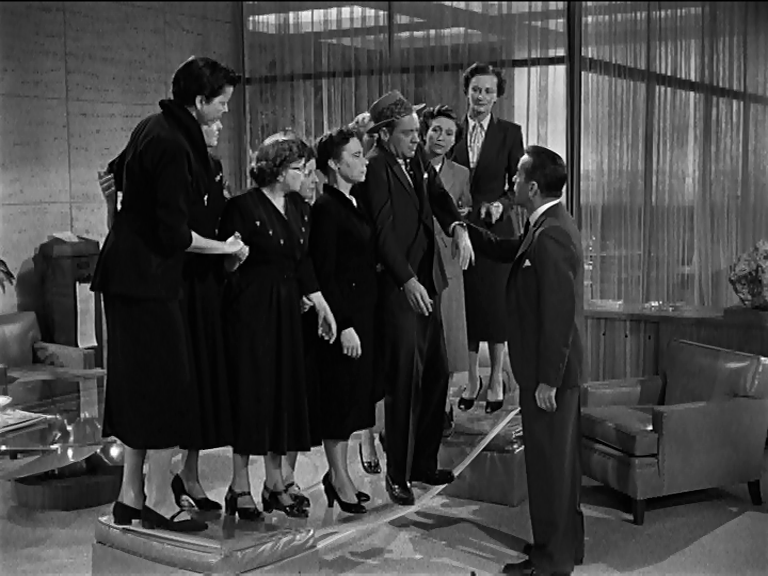 Sabrina’s reputation generally seems to be a “lesser Wilder” — a fair enough verdict when a director has this many masterpieces to his name, perhaps. Critics point to Bogart’s less-than-enthusiastic comments on the film (“Hepburn can’t act, the script is weak, I was miscast, William Holden is a buffoon”) but if any of his grumpiness did make it to the screen, it fits the character so perfectly that it’s hard to see as a negative. Linus’ deadpan misery is one of the film’s finest assets, and when required to show enthusiasm — for example, when demonstrating a plastic’s durability by shooting at it, or recruiting every secretary in the building for an impromptu trampoline display (“bounce please, ladies”) — the contrast is delightful.

The age difference between Bogart and Hepburn is also something that has sunk many films of the era — the spectacular lack of spark between Hepburn and Fred Astaire in Funny Face is a great example t I can pull up without even having to switch box sets — but somehow Wilder and co. turn this into a benefit as well. There may be an element of what the hip young kids now call a “manic pixie dreamgirl” plot, but the surprising ways Linus and Sabrina complement each other leads to some great moments, an opposites-attract scenario that does feel oddly believable despite the different worlds these characters inhabit.

The love triangle plot is familiar from any number of romantic comedies made before or since, and yet the deft writing and fleshed-out characters stop Sabrina from ever falling into cliché — yes, the central romance may be derailed by Bogart revealing that his initial interest in Sabrina was motivated by business rather than pleasure, but he reveals it with such sombre honesty that it doesn’t feel like the contrivance that has driven many lesser films. 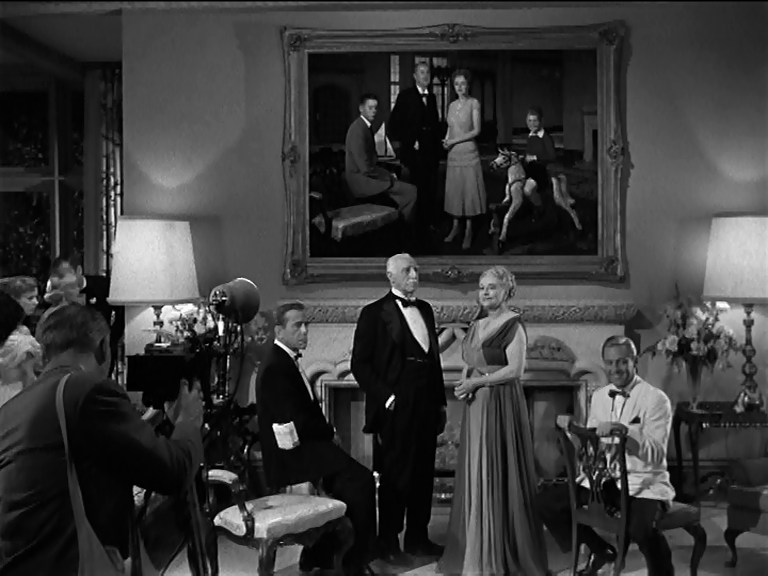 But it’s the little things that really make Sabrina a gem. Sabrina’s letters home getting commentary from the full staff of the Larrabee household — complete with a “that’s good/that’s bad” counterpoint that surely influenced a classic Simpsons gag; Bogart’s business plans being repeatedly interrupted by his delightfully crotchety father struggling to make a cocktail, and more tiny golden moments that become clear on each viewing. This time around I was smitten with a small background gag, Bogart’s secretary readying smelling salts in advance of the big meeting that will destroy the long-gestating business deal; with each bit of bad news Bogart advises her not to open the bottle yet, only for her to use it on herself as the meeting takes a turn neither of them expect.

There’s a gorgeous sheen of Classic Hollywood in every delightful scene. If Wikipedia is to believed, then the troubled production led to some parts of the film being written on the day they were shot, which is astonishing given the care that each character and dialogue exchange seems to contain. There’s also a sweet sense of melancholy that runs through the film, in Sabrina’s lovesickness and Linus’ business-above-everything lifestyle for sure, but also in David’s desperate hedonism. The Larrabees are introduced in front of their own family portrait, a scene which Wes Anderson may well have studied a few times; the general sense of an emptiness behind the wealth and luxury also reminds me of his best work. Hell, it’s as if Wilder is challenging himself to find the sweet sadness in everything: this film finds it in the song “Yes, We Have No Bananas.” It may not be the greatest of Billy Wilder’s films, but if this qualifies as a lesser effort then it might be total proof that he was one of the best directors to ever work in the medium.