A lot of my friends live or have lived with their parents during adulthood. Heck, I know of at least two people who are regular contributors to this site who do or have. Personally, I moved out of my mother’s house the summer I graduated from high school and have been terrified ever since of the concept of having to move back, but that’s not really to do with my mom and more other factors, like how many of those years she was in LA County. (I moved to Washington State in 1995.) Still, one of the things I’ve long been pretty adamant on is that people’s reasons for living or not living with their parents are perfectly valid as long as everyone in a household is okay with the makeup of the household.

This is one of those articles that’s going to primarily focus on US films and TV shows, because a lot of other countries have got to find this whole attitude bewildering. One of my friends who still lives with his parents is half-Japanese, and his mom has always tried to limit him to Japanese media—which doesn’t put as much shame, historically, on living as an extended family unit as our culture does. Now, in his case, I wish he were able to move out for reasons unique to his situation, but they don’t involve shaming him. My friend who lives with her mom in Hawaii has similar cultural acceptance from a lot of the people she knows, because why shouldn’t adult children live with their parents?

But you pretty well never see US media about someone who still lives with their parents in adulthood because it’s the best situation for everyone involved. You never get people like the guy I used to know in college who was his disabled mother’s caregiver. (Heck, I have a friend who is currently paid by the State of Washington to take care of her grandmother, and you’d never get a live-in caregiver for someone with her grandmother’s medical problems for the amount she’s paid.) You never get someone who has medical problems of their own that mean it’s for the best unless those medical problems are so severe that the movie is about them and possibly end with someone’s tragic death.

Heck, I’ve known people who have lived with their parents because they couldn’t afford not to have roommates and they liked their parents and why hunt down a roommate that would be a crapshoot for how well you could live with them when you knew you could stay with people you did get along with? And while I’m curious how the power balance works in that situation—and I do have friends who live with their parents for legitimate reasons where there’s a power imbalance that still makes in unhealthy, and that’s definitely something to discuss. But that’s true if you’re not related to your roommates, too.

I know there are people who live with their parents where the situation is toxic. I have several friends for whom that’s true, unfortunately. Most of them will even freely admit it. Though the first person I think of when I think of someone whose living situation like that is toxic is herself the toxic person, and you get a lot fewer movies about that. I haven’t seen the movie that is based on that scenario, but I’m pretty sure it doesn’t consider the fact that a parent could just, you know, kick the child out. People illegally do that to minor children; you can certainly do that to an adult.

In the US media, men who live with their parents are stunted man-children. There’s a little more acceptance for women who do, but it’s that whole “you’re under your father’s authority until you’re under your husband’s authority” thing, which is a different variety of toxic. No one is simply making a responsible decision about their health or finances or relationship or whatever. Certainly there’s never healthy dialogue about whether the parents are okay with having the children there or the boundaries everyone needs to agree to respect, and I know several friends living with parents who have those conversations all the time. And when they don’t, it’s usually because the parents refuse to have it.

Help keep my home not at my mother’s house; consider supporting my Patreon or Ko-fi! 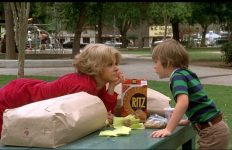