This is the short that served as the basis for Blomkamp’s feature debut District 9. It proved a sensation, a box office success and Best Picture nominee in the newly expanded Oscar field for that award. A promising debut, to say the least. And now that we’re a full Elysium and Chappie away from that promise, it’s still exciting to revisit a moment when the possibilities were fresh and startling.

Fresh and startling like that opening shot. Opening shots are an important tool for all films, and maybe most critical to shorts that have a shorter distance between their first and last impressions. (Feel free to also turn this into a Taco Break about the most memorable opening shots.) Here we have several bits of information at once, thrown at you in a way that creates the sensation of turmoil the film will then describe: the shaky POV of a documentary filmmaker along for the ride, the chattering walkie and aimed gun barrel in our foreground, a tipped car barricading the road in the middle distance, and of course the massive alien saucers hovering in the sky.

The way the saucers are handled – two of them, staggered and implying the possibility of others unseen – is the move that separated “Alive in Joburg” from a simple special effects demo reel. No pan up to these saucers, just a matter-of-fact placement in a frame that finds them natural enough to the landscape not to emphasize them. This is District 9, proceed with caution. 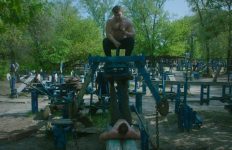 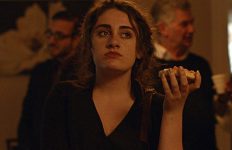 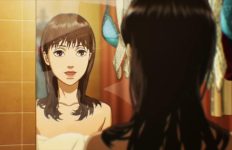