Kanye West, or Ye as he legally is now, has announced that he is bipolar. So has Charlie Sheen. Discussion of their specific diagnoses is therefore not of the speculative variety. Mel Gibson. Margot Kidder. Britney Spears. Patty Duke, Carrie Fisher, and Brian Wilson, very famously. The list of “celebrities with bipolar disorder” on Wikipedia is long and, to be fair, speculative. Robert Downey, Jr., is on the list, though apparently that’s not because he’s open about it but because his stepmother says he was diagnosed. Was Vincent Van Gogh bipolar? Should Zelda Fitzgerald have been diagnosed with that instead? We’ll never know. We do know a lot of them are, and if we opened ourselves to other illnesses, our list would be even longer.

Why have I selected the specific celebrities I have? Because in all cases, their mental illness provided public spectacle. It makes me cringe every time the RiffTrax guys make Margot Kidder jokes—they don’t anymore, of course, but when they did, it was a little heartbreaking, because she was a sick woman whose illness as causing her problems. Stephen Fry and Catherine Zeta-Jones are bipolar. However, there aren’t the same stories about them that there are about the others. With Frank Sinatra, there was a lot more to be said about his mob ties than his mood swings.

Now, let’s be very, very clear. It isn’t the bipolar disorder that makes Russell Brand an anti-vaxxer or made Ernest Hemingway a misogynist. Mel Gibson is a racist because he was raised by a racist and hasn’t questioned his beliefs. What is going on with Ye is quite possibly a psychotic break, but it’s a psychotic break fueled by issues that are not inherent to the illness. You don’t see Selena Gomez ranting about the Jews, you know? Jackson Pollock didn’t drive drunk because he was (probably) bipolar; he drove drunk because he chose to drive drunk.

However, when Charlie Sheen and Britney Spears had their respective meltdowns—and the specific way they melted down tells you a lot about them as a person and what is and isn’t the fault of the illness, I think—it was public entertainment. Oh, in a lot of cases, their mania is hard to distinguish from drug use. Charlie Sheen insists that the problem, despite his diagnosis, is the drugs, but he doesn’t consider the likelihood that mania is part of his drug problem. Amy Winehouse, conversely, said her drug problems were caused by trying to navigate the world as a mentally ill person and likely wasn’t wrong.

I can’t be the only person who watches the psychotic break of a celebrity with a known mental health issue and find it depressing. It’s impossible to say “Oh, [celebrity] wouldn’t have self-imploded without the mental illness” if they have a drug problem and vice versa, but it’s certainly true that mental illness and drug problems correlate strongly, for several reasons, and a celebrity is just as prone to self-medicating for depression with cocaine or similar as anyone else—probably more so, because it’s got to be easier for someone with A-list Hollywood money and connections to get cocaine in the first place. That doesn’t mean we should be watching and talking about every moment of the fall.

Help me afford a little retail therapy by supporting my Patreon or Ko-fi! 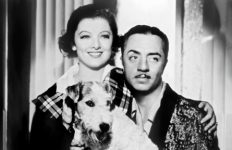 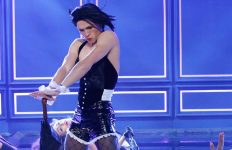