It’s Movie Gift time again! I’ll admit that I took longer to get to mine than I’d like to admit, and I’m feeling rather lucky it was on Tubi. You would think the continuing lockdown would give me more time to watch movies, but here we are, I suppose. Are we all ready to share?

The theme this time around was New Frontiers. Now, history doesn’t exactly count as a new frontier for me; for those of you who are unaware, the “Ren” in my screen name comes from the fact that, in normal times, I’d be gearing up for next month’s big Renaissance faire right about now. Rosy Fingers kindly gifted me with The Navigator: A Medieval Odyssey, which I’d never even heard of, much less seen. So in that sense, yes, a new frontier—but where it may not be one for me, it was definitely one for the characters.

It is the fourteenth century. In a small Cumbrian village, a boy named Griffin (Hamish McFarlane) is having visions. His village’s great adventurer, Connor (Bruce Lyons), returns with tales of a horrific disease that is sweeping the world. Griffin tells them that, to save themselves, they must erect a copper cross on the biggest church in all Christendom. To this end, they go into a nearby cave that is believed to be a bottomless pit. And indeed, it takes them all the way through the Earth—and through time; they must dig a bit at the other end, but they end up in twentieth century New Zealand. Whereupon the film shifts from B&W to color.

I’ll admit that the fourteenth century is Not My Era; I specialize more in Elizabethan history. But you can’t study European history anywhere between the fourteenth and seventeenth centuries without being very aware of what it was like when plague was upon the land. In this movie, several of the characters have never left their village; this was not unusual for the era. Especially for peasants; the time they could take away from farming to travel was a bad time of year to travel. So it’s not entirely implausible that the villagers believe that cities are just like that. After all, they’re on the other side of the world anyway; who knows what wonders are there?

This is actually the second fourteenth century-set movie I’ve been given for a movie gift; whether this is people who know me or just that there are some really interesting obscure movies of the era, I cannot say. But although I don’t generally care for surrealism, this movie appealed to me. Part of it, I think, is how aware I am that there was a sense of surrealism to reactions to the Black Death. How not? I keep referring to the fact that we’re living in the weirdest timeline, but after all, at least we have germ theory. Honestly, the way they believe they have to save their village isn’t any weirder than some actual historical beliefs.

It’s also true that this has something in common with my beloved Italian Neorealism, inasmuch as few of the people in the movie had really acted before, and indeed few have acted since. Hamish McFarlane is now working under the name of Hamish Gough and is an assistant director on quite a lot of TV shows. Bruce Lyons has actually made a movie himself some years back but mostly focuses on sacred geometry. Chris Haywood is one of those steadily working Australian actors, and there are a couple of those—and Jay Laga’aia, who is in the New Zealand sequences, would go on to appear in the Star Wars prequels, though this was his first movie. These are talented people, but few of them are familiar people. Which seems right, for this movie. 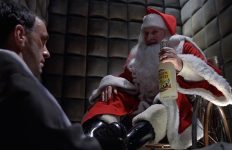 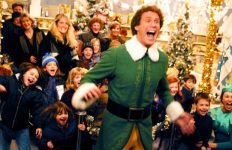 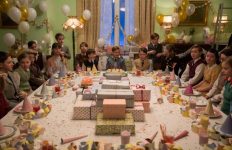