If the near quarter-century that has passed since My So-Called Life originally aired and I originally watched it has done nothing else for me, it has given me a little perspective on my own high school dramas. The guy who told one of my best friends on her birthday that he was cheating on her was indeed being a total sleaze, but the friend who was experimenting with inappropriate behaviours after his father died wasn’t necessarily doing things to hurt me before I could hurt him by leaving for college. He was also groping blindly through the darkness of adolescence, the way all the rest of us were, and I just happened to be there for it. You know, and he was also hoping to hurt me before I could hurt him first, but that was never his primary goal.

We never did learn what Angela Chase (Claire Danes) would be when she got out of high school drama. She is trapped for us, forever fifteen and a sophomore, forever stupidly in love with Jordan Catalano (Jared Leto). Though in that very last moment, she is wondering what she hadn’t seen in Brian Krakow (Devon Gummersall), and we have hopes that maybe it’ll help her see that Jordan isn’t so hot. We’ll never know if she salvages her relationship with Rayanne Graff (A. J. Langer), how things will fare for Rickie Vasquez (Wilson Cruz), if she and Sharon Cherski (Devon Odessa) will stay lifelong friends like their mothers.

The reason the show spent as much time on other characters as it did was that Claire Danes was actually younger than Angela and under strict regulations as to how many hours she could work. So we had to develop the others, including Angela’s parents, Patty (Bess Armstrong) and Graham (Tom Irwin), and it’s the best thing that could have happened to the show. Even as a teenager, I genuinely liked that Patty and Graham had their own lives and relationships. I liked that they were people with lives beyond Angela and Danielle (Lisa Wilhoit).

Angela is self-centered and casually cruel, but she’s also giving and compassionate. Is that a contradiction? Fifteen is full of contradictions. The person you love most can, within a scant few months, be the person you hate the most. It’s even easy, because no one can hurt you like the person you love the most, and at fifteen, you are full of ways to be hurt. No adult can love as deeply and wildly as a fifteen-year-old, because adults have with luck gained perspective and also are not as whipped around by their hormones.

The show takes on its characters’ sexuality frankly, especially for the era—my own senior year in high school, for the curious. Angela is sexually inexperienced, having barely kissed before. Sharon is developing a “normal” high school relationship with her jock boyfriend Kyle (Johnny Green). Rayanne is free with her body, not helped one suspects by the drinking and drug use that means she doesn’t necessarily remember every encounter. Jordan has never really talked to a girl before and doesn’t understand how. Brian is your typical high school nerd, probably exacerbated by one parent who is a psychiatrist and one who is a psychologist, and pines after Angela while possibly also just not liking her very much. And Rickie.

Rickie Vasquez was described early in the series, casually, as bi. By Angela, to the shock of Patty, who didn’t feel much better when Danielle clarified that it meant bisexual. Rickie wore makeup and hung out in the girls’ bathroom, and for Halloween, he dressed up as Brian—someone normal. He is very clear at one point that he doesn’t want to be a girl; he just likes hanging out with them. Early in the series, he is dressed very well, though that changes when his aunt and uncle kick him out, possibly for being gay, though it’s never made explicit. Then, at the end of the series, Delia Fisher (Senta Moses Mikan) actually asks if he’s gay, and she becomes the first person to whom he’s ever said the words out loud. And thereby the first teenage character on a network show to say them.

Identity is a huge part of the show. It isn’t just the Halloween episode that involves roleplaying, nor is it just the later episodes, where various characters are involved in the school play of Our Town. Though two of the best moments of the show come in each of those. Danielle dresses up as Angela for Halloween; Rayanne is Emily Gibbs in a layered moment. But who Angela is, who Jordan is, who all the characters are in themselves is really what the show is about.

The episode “Self Esteem” gives an incredibly clear take on the subject, in fact. A teacher laments that girls like Angela ignore school work to hang around boys because of low self esteem, which is both true and not deep enough. This is the only episode where we get to know Abyssinia Churchill (Karen Malina White), who lies to her boyfriend and claims to have gotten a lower grade on the geometry quiz than he did so that he will feel better about himself. Angela says she pretends to be invisible in class and lets the boys yell out answers because she knows they will, even if they’re wrong.

In fact the show deals with several issues that are in the news a lot these days. Sharon talks about how, when she started having sex with her boyfriend, it no longer mattered if she wanted to, because she was expected to. Goodness knows Jordan pressures Angela enough. In the episode “The Zit,” a list goes around of the forty most attractive girls in the sophomore class, and Sharon’s breasts are explicitly referenced. After the list goes out, eight boys ask her out. When there is gossip that Angela has slept with Jordan, she, too, attracts attention—from Kyle, before he’s dating Sharon, if I’m not mistaken.

And in that earlier episode, “Guns and Gossip,” a gun goes off in the school. A bottle of soda is the only casualty, but the terror the adults feel reminds me of my own concern for the fact that I’m pretty sure my five-year-old has already undergone a live shooter drill, and his elementary school had to send home letters saying they had no plans to arm their teachers. The teacher who fears being fired because of being gay would have less reason to fear now (though it’s still there; in many states, it remains perfectly legal to fire him for being gay), but parents have more reason to fear guns in the schools.

I rewatched the show in two days, which you can do because there are only nineteen episodes. It was canceled in January 1995—which frankly makes me astounded by all those people who think twelve episodes is stretching a season, because this wasn’t even a complete one, and the lack of those last three episodes at least has felt like a hole in me for more than half my life now. There are things I notice more now than I did then. Jordan Catalano is, like, made of red flags, and not just because he’s played by Jared Leto. (In fact, it took me a very long time to stop giving him chances because of how much I love this show.) Brian is so desperate for an adult who won’t analyze him that he talks to Graham about Angela, albeit in one of the worst metaphors ever attempted.

And, oh, I judge Amber (Patti D’Arbanville), Rayanne’s mother. She says she’s a good mother, but I will never forget her coming home to get ready for a date, finding her daughter incoherent, and merely telling her that she’s too drunk and they’ll talk about it later before storming off again. She says she’d rather have her daughter drinking under her roof, but why? She’s not there to supervise. I guess this way she knows Rayanne won’t get in an accident, but obviously there are other things that will kill her. Like the drinking.

So much of my life still resonates with this show. It’s simultaneously one of the most ’90s things ever and timeless. A ton of my fashion sense is caught up in it—for literally years, I dyed my hair the same colour as Angela’s, and I still will occasionally do a couple of little braids the way Rayanne does. I don’t like the overalls, but there are clothes various characters wear that I absolutely would. This watch-through, I even realized that Rayanne wears a pair of d12 earrings. I will also tell you that I can hear my vocabulary shift back to high school, full of “likes” and “you knows.” At least I don’t have the drama anymore.

Help me afford an outfit like Angela’s red velvet thing; consider supporting my Patreon or Ko-fi! 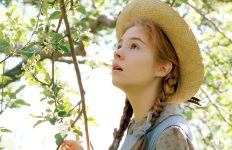