Browse: Home / North Texas Film Festival 2019: Dolemite May Be Bad But Dolemite Is My Name Is Great

The era of Blaxploitation cinema brought out a number of iconic fictional figures ranging from Shaft and Sweetback. Among that group is Dolemite, who wasn’t always a figure of the silver screen. The figure of Dolemite started out as a live comedy personality crafted by Rudy Ray Moore (Eddie Murphy). Moore was a record store employee on the lookout for his big breakthrough all sorts of creative avenues, all of them leading down to dead end’s. Then, he got a brilliant idea. He took slave jokes told by local homeless men, polished and refined them and would proceed to tell them to crowds as a new kind of stand-up comedy routine through a boisterous and fully confident fictional personality entitled Dolemite.

From the very start of Dolemite’s creation, Moore was faced with people telling him that this concept could never fly. He distributed the initial Dolemite record independently through the trunk of his car where it caught on like wildfire and took on a similarly do-it-yourself approach when he found nobody willing to finance a Dolemite movie. Screenwriters Scott Alexander and Larry Karaszewski split up the story of Dolemite Is My Name into two halves, the first of which focuses on Moore trying to get the character of Dolemite off the ground at all and the second slightly longer half concentrating on Moore and all his friends trying to do their own movie as an independent creation. Both portions of the story not only prove to be hilarious but also delightfully heartfelt.

Despite starring a fictional persona who throws around explicit sexual jokes and ribald language front and center in all of his art, Dolemite Is My Name follows in the footsteps of Ed Wood and Brigsby Bear in being a heartfelt ode to individuals who imbue their super unusual art with super personal tendencies. Considering how much I loved Ed Wood and Brigsby Bear, it should be no wonder I adored Dolemite Is My Name, which is the kind of crowdpleasing comedy that proves to be utterly delightful. Partly this is because Dolemite Is My Name’s exploration of what informs unorthodox art doesn’t just remind one of past movies, it’s also interesting in its own right.

Rudy Ray Moore has always been the underdog in his life, especially in his Arkansas childhood that saw his Dad constantly belittling him. Ever since then, he’s been eager to achieve some sort of fame to prove naysayers like his father wrong, Rudy Ray Moore has something to offer this world. A scene showing Moore rehearsing Dolemite’s dialogue against a photograph of his father underscores how the self-assured and always successful Dolemite personality is a way for Moore to counter a world that always counts him out. Alexander and Karaszewski make it clear what personal motivations would make Moore so driven to bring this Dolemite character to the big screen. They explore those motivations in such an emphatic and kindhearted manner that extends to all other parts of the character.

A sequence depicting Moore’s anxiety over performing a sex scene in his movie due to his physique is a totally unexpected but thoughtful peek into the relatably vulnerable psyche of a man who portrayed a character who was the physical manifestation of self-assurance. Not only does this scene lend a poignant glimpse into the mind of Rudy Ray Moore, but it also leads into one of the funniest sequences of Dolemite Is My Name depicting how Moore’s crew turn a traditional sex scene into a hysterical farce. Those kinds of madcap antics that go on behind-the-scenes of making the first-ever Dolemite film manage to generate a lot of memorable comedy without ever making Moore and his pals the butt of the joke, that just wouldn’t fit with the endearingly warmhearted nature of the production.

Plus, why wring comedy out of mocking your loveable lead characters when there’s plenty of laughs to be had in watching D’Urville Martin’s (Wesley Snipes), a self-proclaimed “serious performer” reacting to all the mayhem happening around him? Who knew Snipes was this good with comedy, particularly when it comes to his hilarious exasperated facial expressions, he’s a hoot playing the polar opposite of Rudy Ray Moore. Snipes’ performance is part of one of the biggest reasons Dolemite Is My Name is such a great time, the performances are across the board top-notch. Under the direction of filmmaker Craig Brewer and adorned with fantastic period-era appropriate costumes designed by Ruth E. Carter, a cast that includes Craig Robinson, Tituss Burgess and Keegan Michael-Key ensure that there’s always a chuckle to be found even in the background of the frame.

A stand-out among the supporting players is easily Da’Vine Joy Randolph as Lady Reed, she’s got incredible comic timing and her charisma makes her characters distinctive personality one you could watch for hours. Plus, she’s got great chemistry with the films lead actor, Eddie Murphy, who delivers not just the best overall performance of the entire motion picture but also one of his performances ever. While he maintains his gift for dialogue-based comedy and his dynamic energy, it’s impressive how well Eddie Murphy is able to shed the persona of Eddie Murphy for the role of Rudy Roy Moore. When watching Murphy in Dolemite Is My Name, you totally believe that you’re watching a wholly separate person rather than being reminded of his prior work.

Not only that, but Murphy’s performance is perhaps the best example of how well Dolemite Is My Name gets to the heart of why Moore and the broader public would fall in love with the Dolemite character. An ending scene showing Murphy portraying Moore interacting with people who have managed to learn to love themselves thanks to being inspired by his Dolemite character is an especially great example of this. In this scene and throughout the whole of Dolemite Is My Name, Murphy gives Moore a warm-heart and engaging personality that makes it clear why his Dolemite character was so imbued with so much creative passion and why people would be so enamored with him as an on-screen personality. Thanks to this kind of lead performance, a barrage of hilarious comedy and an irresistible sense of heart, Dolemite Is My Name manages to kick as much butt as the fictional character Dolemite! 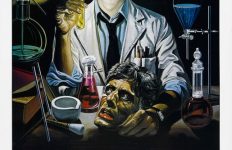 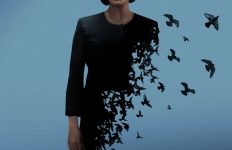 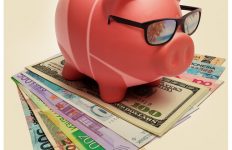 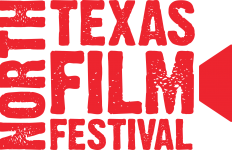