Browse: Home / Providing I Can Put One Foot in Front of the Other, I Will Continue to Act: Angela Lansbury, 1925-2022

Angela Lansbury was the fourth person I wrote about for Celebrating the Living. She had just turned ninety, and I was certain it was important to get to her quickly. That’s true of several of the earliest people about whom I wrote; a few of the others from those days are still hanging on, such as Alan Arkin and Sally Field, but most of those who have since died did so in their nineties or later. It’s never a surprise, but often, it’s still enough to spark a little sorrow. A world without Angela Lansbury is a world that’s a little bit lessened.

There are people who remain unaware that Angela Lansbury was, back in the ‘40s, a hot young woman. She is simply gorgeous in Gaslight, and she’s not exactly hard on the eyes in National Velvet. Incredibly talented, of course, but everyone knows she’s talented. What they don’t realize is that she was beautiful. The youngest a lot of people of my generation and younger think of her is maybe as Eglantine Price, and likely they think of her as Jessica Fletcher. She was old enough to be my grandmother, literally—my mom was born when she was nineteen—and I am not old enough to remember her as young.

Not that there’s anything wrong with Jessica Fletcher, of course, and I’m the last person to suggest that there’s anything wrong with Eglantine Price. However, there’s so much more to her career. She’s a delight in The Court Jester, where her beauty is a plot point. She’s so chillingly evil in The Manchurian Candidate. She was in the iconic movie version of The Picture of Dorian Gray and plays the role of Sibyl so beautifully and innocently that she renders the role utterly believable, which it isn’t reliably on the page or in other adaptations.

And, of course, she is the perfect Mrs. Lovett. No disrespect to Patty LuPone, of course, and I don’t even think Helena Bonham Carter did a terrible job. However, no one could do it the way Angela Lansbury did. She was perfect. I don’t know if the role was written for her, but who knows; maybe it was. It couldn’t have been better for her if it had been. She was so fun in it, and I’m afraid she’s been overshadowed by later attempts at the role. If you haven’t seen her at it, do yourself the favour and seek it out.

She was nominated for three Oscars; it’s not surprising that she lost the Gaslight one to Ethel Barrymore or the Manchurian Candidate one to Patty Duke, regardless of talent. However, I’d pick her in 1945 over Anne Revere. The Academy gave her an honorary award in 2013, presumably in the expectation that they needed to get one to her soon or lose their chance forever. That we had her for nearly a decade after that is our great good luck. 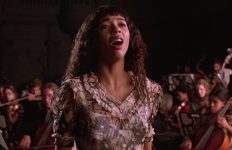 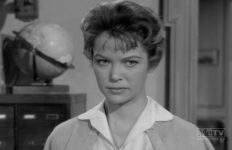