This has been quite a week for new versions—between the first reactions to Dumbo and Zack Snyder saying weird things about his ideas on Batman and all. And now, Stephen King, in a Tweet that I’m pretty sure was intended as a joke, has suggested a serial-killing Mary Poppins with a machete. The reaction I’ve primarily seen to that last was “come on, show some imagination.” Which I can only assume comes from people not familiar with his sense of humour, because I can’t imagine King going with a mere machete in any of his stories, much less a telling of Mary Poppins.

Because that’s just it, after all. There is not anything inherently wrong with reimagining a story. Yet so many reimaginings are just bad. There has to be a reason for that, and in my opinion, the reason is that most of them take the same two or three ideas and decide that makes them creative. So we get gritty, we get unnecessary back stories, and we get gender swaps. There’s not anything inherently wrong with any of these, even the back story, but if that’s all your story is, how much story do you really have?

My imagined “Stephen King’s Mary Poppins,” for example, isn’t just “and then she kills people.” It really looks into how scary the whimsy could be if you were really in it. How much concern does she have about what harm can potentially come to you hopping into a chalk painting? It’s all well and good to think of the mirror sweetly swinging along with Julie Andrews, but do you really want to think of your mirror image as being its own person? Honestly, King’s always seemed to me to have a good grasp on the inherent horror of childhood—after all, most horror stems from feeling out of control, and what is childhood but a time when you’re basically not in control of anything, even your own body?

Similarly, I’m not thrilled about the fact that I know who plays the ringmaster in Tim Burton’s Dumbo but not who voices Timothy the Mouse. It makes me suspect that the focus in that movie will be on the human characters, when the whole point is that the focus should be on the animals. With few exceptions, the humans in the original might as well be faceless for all we know about them as people. The point is how Dumbo interacts with the other elephants, with his rejection by elephant society. The humans are essentially a force of nature. I’m not saying it’s as bad as, say, Bambi from the hunters’ perspective, but it’s not great.

The problem, I feel, is that many people remaking things believe they’re remaking bad things, but they don’t understand the work enough to know why their take doesn’t necessarily improve it. Or they think, “I love this, so I should redo it,” without realizing the hubris involved there. After all, what’s the point of a remake if you’re not going to improve on the original in some way? Your take should bring something genuinely new to the original.

And, no, “you’re stupid for liking it the way it was” isn’t something new. There’s more to “Batman shouldn’t just mow people down with a machine gun” than “I am too innocent to understand that even heroes sometimes need to kill people.” It’s “the way we have understood this character for decades now has involved a distaste for killing in general and guns in particular,” and if you’re going to change that, have a reason for it, make it explicit, and do it well. I know, I know—no one thinks they’re doing it badly. Maybe just ask someone whose opinion you trust—who disagrees with you about your work now and again—and who’s a fan of the original? And then we’ll avoid “it turns out Martha Wayne was in witness protection as Martha Kent and never mind that doesn’t make any sense.”

If you think my ideas make sense, consider supporting my Patreon or Ko-fi! 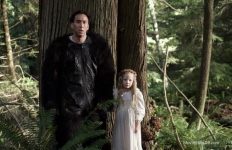 What the F? Babalugats on THE WICKER MAN→ 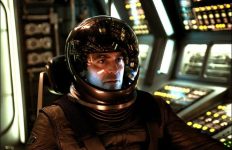 What the F? Babalugats on SOLARIS→ 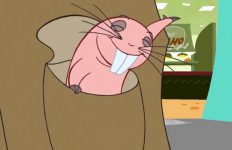