A man holds a gun over two sleeping forms in a bed. He looks pained and determined as he aims, reconsiders, panics as a shower turns on in another room. He exits a window and we follow him, gun in his flailing hand, down the middle of the wide small town street. The sound of the revolver cocking and firing pursues him like a memory. The title appears over his fleeing back.

A very auspicious beginning, one with a knack for dealing information, tension, and mystery. But as we continue to follow the man through his morning, the suggestion of this prologue mismatches our imagination of what happened (or didn’t, in this case) between the shots of him looming over the couple and escaping the house. There’s some confusion as we let go of the promise of the start. It won’t be the last bit of confusion dealt by this short feature.

The woman in the bed is Nikki (Sepideh Moafi), wife of David (Clayne Crawford). They’re separated and have agreed to see other people. David, the one who held the gun over Nikki and her lover, has second thoughts about the arrangement. If walking back the first scene’s threat throws us for a loop, the shock of its implications adds a tense undercurrent to the more rote marital drama that develops instead. The clicks and reports of the gun heard at the beginning weren’t memories, but his ideas, or maybe premonitions, as the frightening possibilities of David’s mounting anger add the distinct bite of danger to his arguments with Nikki about their home and their children.

This danger keeps The Killing of Two Lovers from becoming Marriage Story R.F.D. Director Robert Machoian, working from his own script, shows just enough of David at a simmer that we fear the moment he boils. The long takes, mostly sliding characters on a 2-D plane across square wide shots, don’t always contain enough to justify their frequency, but Machoian knows how to keep us on our toes with a cut, or to surprise with a sudden action. There’s some kinship to horror master Kiyoshi Kurosawa’s penchant for inserting menace into usually restful wides. The small Colorado town, where train whistles and hammer blows echo across the small pond of neighborhood streets, succeeds in accuracy and story resonance. Machoian and cinematographer Oscar Ignacio Jimenez’s strong handle on the geography contributes to the feeling of tight quarters despite the wide-open spaces available (the Academy ratio helps here too).

The movie has delights both obvious and subtle throughout, but invariably followed by a deflation of the momentum built. Long takes from car mounts milk anxiety from our limited view out the window, but there’s also exchanges of dialog that continue long after establishing the performers’ easy rapport. A subplot involving David’s ill father disappears before contributing to the family dynamics. Then, a confusing bit of visual information at the climax, and the movie comes to a halt before we can parse its meaning.

The Killing of Two Lovers may not completely fulfill the potential of its beginning, but in the best moments the film – made for less than half the price of a family home in the Midwest – touches the tension and menace that gets bottled up in a family drama, even when it seems there’s miles of space for escape.

The Killing of Two Lovers opens in theaters, virtual cinemas, and VOD services this Friday. 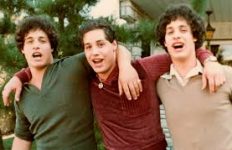 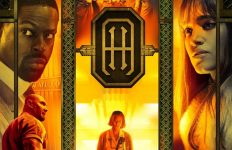 HOTEL ARTEMIS: You Can Check Out Any Time You Like But You Can Never Leave Unless You’re Paid Up In Which Case Be On Your Way→ 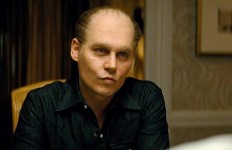 The Sinful Virtues of BLACK MASS→