Browse: Home / Scenic Route: “Let me tell you what “Like A Virgin” is about.” – Reservoir Dogs

We open on black. A man says “Let me tell you what “Like A Virgin” is about. It’s all about a girl who digs a guy with a big dick. Entire song, it’s a metaphor for big dicks.”

We hard cut to a group of men in black suits and white shirts, sitting in a diner, smoking and drinking coffee. The Elvis-looking guy responds to whoever it was that spoke, giving the more conventional interpretation of the song, and as he does, the camera gently paces around them, not really looking at any man in particular. “Toby? Toby, who the fuck is Toby?” interjects an older man we can’t see. The man who was speaking first has his back to us, and as he responds to a point nobody actually made, he gesticulates wildly. The man to his right pops up with a question about his small tangent, and an unseen man expresses disbelief at his ignorance; Right Hand Man responds with outrage, but it feels calculated, like he recognises he’s supposed to act annoyed when someone questions his competence. He gesticulates as he speaks too, but it’s more controlled. We cut to a funny-looking fella chewing, like he caught our eye, as the conversation drifts to opinions on Madonna in general.

The first guy loudly tries to get the conversation back on track to what he was building up to, to the visible amusement of the other men who catch our eye. The old guy suddenly interjects about Toby again, and First Guy suddenly shuts up and looks at him with a nervous glint in his eye. We finally look at Old Guy, a beefy looking dude in his seventies, who is dressed in a casual shirt as opposed to the suits the other men are wearing. Next to him a man in his fifties, casually asking him what he’s talking about with an intimacy nobody else has expressed to each other. As Old Guy talks about his address book (dropping a racial slur in the process – all these men are white), our attention drifts back to First Guy, who impatiently waits for him to stop talking, though when he gets his chance to speak, he doesn’t express his anger to Old Guy specifically. The funny-looking fella nudges First Guy back to his original point, and as First Guy talks, we catch a glimpse of Elvis amusing himself by blowing smoke rings and a glimpse of some other young guy in a blue tracksuit.

Everyone is now paying attention to First Guy as he barrels through his monologue, though with varying levels of interest; the guy in his fifties drops an exasperated quip, though neither that nor Old Guy’s mumbling is enough to stop First Guy now. He speeds through the necessary information and savours his bigger points (“It hurts. It hurts her!” he says, stressing with his hands), and when he delivers his final bomb, he smirks and lets it hang in the air, just long enough for Old Guy to break the tension with another name from his book. Fifties Guy snatches it from his hands and seems to break the camera-setup itself with the action; suddenly, we’re not floating around, we’re completely still and looking from one man to the other as Fifties Guy rants about having had to sit here listening to two completely stupid conversations at once. It’s more tense than before, but it’s not really that tense; Old Guy is clearly annoyed but Fifties Guy is playful, imitating Old Guy reading and glancing at the other men, and I care about who wins the argument the same way I care about who wins a video game.

As Fifties Guy speaks, we see Right Hand Man sitting next to him, watching nervously. This is the funniest thing he’s ever seen, but he’s not sure how hard he’s supposed to laugh – too hard and he might draw negative attention from Old Guy, but too little and Fifties Guy might be offended. Elvis interrupts with a joke (and calls Old Guy Joe) and so does a midshot of him and First Guy, who laughs, and Fifties Guy jokes right back. The tension breaks as everyone laughs and smiles, and we drift back as Tracksuit Guy shifts the conversation to the local radio station playlist. He and the funny-looking fella have a short discussion about Seventies music. Tracksuit tells a story about listening to a song and realising he’d been misinterpreting it for years; for whatever reason, he’s comfortable looking like a little bit of an idiot in front of them (“Yeah, I know motherfucker, I just heard it!”).

Joe stands up, and the camera goes still again, giving him our full attention. He declares they’re ready to leave, and that he’ll take care of the bill while they grab the cheque. Before he leaves, he and Fifties Guy snipe at each other playfully about his book, getting a laugh out of the men. Each of the men pulls out a dollar, while the funny looking fella frowns and rubs his chin like he knows what’s about to happen. Tracksuit turns and looks at him, asking him to put in his share, and he tells them all he doesn’t tip because he doesn’t believe in it. We’re in intense closeups now; this is genuinely serious in a way the previous conflicts weren’t; Elvis even laughs nervously, as if unsure how serious this is. The men give the funny looking fella different arguments, ranging from empathy for waitresses in general, empathy for waitresses in general, and simple social obligation; the funny looking fella dismisses them all, rooting himself in a personal reasoning, and when they all makes jokes at his expense (“What’s special, taking you out the back and suck your dick?” / “I’d go over twelve percent for that.”), he does exactly what First Guy did and starts responding to points they didn’t make.

Fifties Guy is the last of them to respond to him (though Right Hand Guy has been silent aside from laughter this whole time), but when he does speak, there’s a gravity to it. The other guys were offended by the funny looking fella’s initial decision not to tip, but none of them had the look of contempt Fifties Guy has on his face; we haven’t look at him at all during this part of the conversation, but I could believe he’s been brooding the whole time, increasingly disgusted by the funny looking fella’s reasoning; it’s notable that he’s the only one who speaks who doesn’t make a joke of some kind, because he’s genuinely offended by funny looking fella’s lack of sympathy for waitresses (it’s also notable that he’s the only one who doesn’t get a closeup, as we can see Right Hand Man right next to him, soaking this in). Interestingly, Fifties Guy is the only one who comes close to changing his mind, appealing to him with a simple, clear fact: waitressing is the only job basically any woman can make a living on, and it’s because of tipping. The funny looking fella genuinely mulls this over before rejecting it, and then shifts to a broader rant about the responsibility people don’t have for one another before coming back to Fifties Guy’s point (almost as if he bought himself a few seconds to think about it).

We are now seven minutes and thirty seconds into the movie. 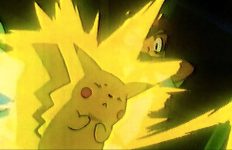 The Friday Article Roundup: What You Do Know Can’t Hurt You→