Browse: Home / So Much Tasty In Here: DJ JD on the Sexual Utopias of Firefly’s Women

Drunk Napoleon’s excellent longform discussion of Joss Whedon’s beloved and much-missed space Western Firefly brought up plenty of points worth considering. I wanted to continue that conversation here, specifically regarding the role Firefly’s female leads served. But first, a quick disclaimer: While these essays touch on the subject indirectly, I’m not going to openly discuss the question of whether or not Whedon is a “real” feminist here or whether or not Firefly is “really” a feminist work. If someone calls him- or herself a feminist, that’s good enough for me. I’m content to limit my discussion on the point to what the implications are of the view they’ve conveyed, and whether I therefore agree with their brand of feminism or not.

Whedon’s vocal feminism displayed itself in the show in a variety of ways, from making his female characters the most powerful physical presence on the show to investing his ensembles with varied and interesting backstories. For all that, then, it’s striking that the four female characters each represent a specific type of idealized sexual utopia in Firefly. In this essay, I intend to delineate those divisions, hopefully showing how clear-cut they really are. In the next, I’ll discuss the Companions further and just what their place is in the Firefly ‘Verse, and then I’m hoping to wrap it up with a necessarily abbreviated exploration of how our societal norms have marched on since Firefly aired, and what we can learn about the show from that.

For all of Whedon’s skill with story and dialogue, the roles the women occupy are surprisingly straightforward. Inara’s role as the Companion is the perfect Whore. It’s the most openly discussed sexual role in-show and it’s the most explicitly utopian. She offers not just sexual services for hire, but emotional and spiritual ones as well. The Companions are a highly idealized form of the woman providing whatever the client needs, for a price. They struck a note of truth for me in that all I’ve heard and read is that many prostitutes spend an awful lot of their time with emotional intimacy, not just sexual. Okay, good so far. However, the Companions’ larger place in society suffered from a series of Voodoo Shark problems that the show didn’t last long enough to clarify, alas. Inara’s role in the show is so explicitly idealized that there really isn’t much to add for her; the show isn’t pretending to show us reality. The character is perfectly, endlessly supportive, sexually available and she looked like Morena Baccarin, of course—and Baccarin gave her a note of demure formality that had to be intentional, too. She’s a classy lady and she’s all yours, kid, until the clock runs out.
Kaylee is…well, Kaylee’s adorable, but Kaylee is ridiculous. She’s the perfect Lover for a certain demographic that was almost certainly projected to be this show’s primary market, by strange coincidence: an engineering savant, perfect-hair-gorgeous tomboy, sexually voracious and just sweet as pumpkin pie to be around. She can have wild, unapologetic sex with an engineer as a stowaway, best him (he couldn’t Bester) at engineering with no formal training whatsoever and maintain a perpetual aw-shucks attitude all the way through it. She’ll sleep with whoever she wants, whenever she wants and never apologize for a matter of the heart…

…Except that the one she wants is the clueless city boy who keeps shutting her down. Nothing about her Bester hookup suggests that it was anything more than a hookup for her: she gets dressed unhurriedly, turns and waves to angry Captain Mal with a winning grin. But after that, she doesn’t sleep with anyone else once in the whole season. She wants a lot of sex—and by that we mean she wants Simon and that’s it, and she will apparently wait in the wings for him forever. Whedon is too consistent with his characterizations for me to call her an MPDG, exactly, but she’s still a preposterous creation. I don’t know where the line between “trope” and “cliché” lies, exactly, but surely she crossed it somewhere back around “model-gorgeous engineering savant who wants a whole lot of sex”. (This is a good point to mention that I think Jewel Staite did amazing things with this role, and that the character on paper could’ve been a much, much worse experience on-screen than she was.)

River is the least explicitly sexual of the four. The character is functionally unready for an adult relationship, struggling to maintain even the barest familial and friendship bonds, and her concerns are far removed from boys-parts and/or girl-parts. She’s trying very, very hard to stay alive and sane in an incomprehensible and capricious universe. The show made a great deal out of the siblings’ devotion to one another, with Whedon even saying that he wanted to turn the usual romantic undertones of such a relationship on its head by making them siblings, not lovers.

But really, it doesn’t take much squinting to see River’s asexuality as a sexual ideal of its own. Endlessly, insurmountably chaste, River exists as the idealized Sister. If she’s young, lithe and gorgeous, nobody in-universe ever notices—which is just how an older brother might feel about his sister, if his friends were all teenagers. And in this case, “in-universe” is a crucial caveat; she’s played by a beautiful former ballerina, the show introduces her stark naked and, as has been pointed out, she shows her feet quite a bit. The characters around her aren’t meant to notice her beauty, but we certainly are.

Her chastity and fanservice aren’t her only sexual traits, though, because River is impossibly, superhumanly powerful. She’s an unstoppable warrior in any field of battle: fistfighter, gunfighter, telepath, the works. (She even ends the movie learning to pilot the ship.) She’s not just a Sister in the familial sense, but in the religious sense as well. She’s a myth!Amazon, a Valkyrie, the virginal warrior priestess communing with the gods. Her ramblings often contain hidden truths (that she can’t seem to convey, Cassandra-like) and many of her beats, especially comic relief, play with her role as something larger-than-human, e.g. “Also? I can kill you with my brain.”

Zoe is the most straightforward: the doting wife. The character is actually pretty consistent on this point, since loyalty is an ever-present trait of hers. Her no-nonsense professionalism is a perpetual presence on the show, too. There’s not really much to add there: she’s a “warrior woman,” endlessly devoted to her husband, and the two of them are the two happiest outlaws in the ‘Verse.

Frankly, for all of her great scenes (“Take me sir. Take me hard.”—which, the comedy of that scene also plays to her idealized sexual role on the show!) I found the character a bit boring. Once again, the distinction between how the characters see her and how we’re meant to see her is relevant, because they practically hit the viewer over the head with how very very married they are—but Zoe’s actual voice is matronly. She’s the sensible one, the one who rolls her eyes comedically when Mal says something stupid. So, she’s very sexy for her husband…but not for anyone else, including us. This is not an accident. 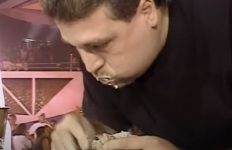