I’m kind of erratic about actually doing it, but I’m signed up for one of those programs where you can earn gift cards by taking surveys. (Alas, not to theatres.) Every once in a while, I Absolutely Do Not See Trailers; those surveys are always hedged around with tons of statements about how I agree to an NDA if I take them and will kick me out if I try to use my mouse or keyboard while the trailer is actually playing. It’s an utter crapshoot as to which trailers I get; there was one movie where I had to politely inform them that the trailer had not made me less interested in seeing the movie, because that was simply not possible.

And then there was Licorice Pizza. It looked mildly interesting but mostly like something I wasn’t sure I would be interested in. Which I told them. I then promptly pretty much forgot the movie existed, to be honest; it wasn’t one to which I was looking forward, and it didn’t look like it would be awful in an amusing way. It was just . . . a movie. I certainly didn’t violate the terms of the agreement by mentioning it until the trailer was actually officially dropped, at which point, I mentioned that it was one of my survey trailers.

Now, I’ve mentioned before, but I watch a lot of YouTube. And a fair amount of what I watch is monetized. And because I watch it on my TV, I can’t use an ad-blocking software; Roku doesn’t have one of those. Now, this means that there are certain ads I see a lot, especially if they’re ads I can’t skip. Blessedly, I no longer get ads for my assorted legal marijuana stores, but I see a lot of ads for insurance and prescription drugs. Probably this isn’t just me. I’ve also always gotten at least a scattering of trailers, though seldom more than a few for any given movie.

I have now seen the trailer for Licorice Pizza at least a hundred times. I promise you this is not an exaggeration. It’s the fifteen second unskippable version, every time. It is almost always the first ad I get when I settle in to watch YouTube videos. In a typical hour of YouTube that plays ads at the same rate as a typical hour of TV, I will generally see it three times. If you doubt me, I can tell you that I’ve started messaging someone every time I see it to prove that I’m not exaggerating, in part because I was having a hard time believing it myself. I’ve started joking that the film’s entire advertising budget is dedicated toward making sure that I, personally, will see the movie.

Actually, I checked yesterday to see if it was even playing in my area, because I couldn’t imagine it still was. For several weeks of this, I kept thinking that the movie would come out on Christmas Day, and I thought—as you do—that at least the ad would start going away then, the way ads usually trail off once a movie actually opens. Now, I haven’t seen a movie in the theatre since Little Women, and I’m not planning to start now. But if I were going to, and if I were going to see this one, there actually are three showings of it in the theatre closest to me today.

What I’m dreading is that it’s going to be nominated for Oscars. So in two weeks, the “for your consideration” ads will start. Following that, the “available streaming and on DVD” ads. Then the inevitable Criterion release. And I guess by then Paul Thomas Anderson will just show up to my house and start talking to me about how much I should watch this movie. If he pays me enough on Patreon or Ko-fi, I’ll even do it, but at this point, I’m refusing just on principle. My eight-year-old son is sick of these ads, but at least I can use them to teach him how not to bow to advertising. 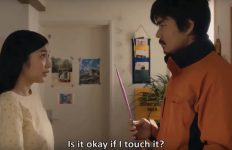 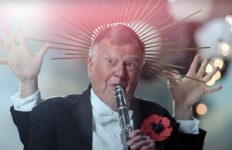