It’s not exactly my hottest take that some of the best fodder for riffing is classic educational shorts. One of the few real disappointments of the Netflix era of Mystery Science Theater 3000 is the absence of any shorts. Whether it’s train safety, hocking musical instruments, or the perils of cheating, some of the most classic moments of the show stem from the shorts, not the features. While my kids may be among the few of their age group to be completely on board with watching the assorted Puppets In The Corner options, it’s also true that they are learning more from those shorts than I think most of us would give the shorts credit for teaching them.

Don’t get me wrong; I’ve trained my children to refer to trains as “blameless, holy creatures,” and they’ll laugh right along with me when Kay asks the all-important question, “How do Pop Tarts work?” They, too, are left bewildered by the perennial assortment of sentient inanimate objects that are intended to teach them about the perils of a world without zinc. However, certain of the shorts do genuinely seem to work in the way they’re intended, and I find it fascinating to see through their eyes which succeed and which are merely laughable.

Of course, some of the shorts aren’t aimed at them. It’s valuable for my children to learn about body care and grooming, but the clear answer is that, no, they are in fact not ready for marriage. (Being five and nine as they are.) However, Sandy, my five-year-old, will watch the assorted ACI “At Your Fingertips” shorts on a loop, if I’ll let her. To be fair, “Courtesy: A Good Eggsample” doesn’t seem to be teaching her anything about courtesy and just amusing her, but my kids want to try making some of the things Mike, Kevin, and Bill are disparaging as merely making things from garbage.

Oh, I knew that the answer to “what children want a fancy headdress?” was “mine,” the first time I watched “At Your Fingertips: Grasses.” I’m not really surprised that some of the box, play clay, and float options caught their interest, either. I don’t know how old Mike and Bridget’s sons are, but I feel as though he doesn’t quite have the same awareness of how children learn as I do. Okay, sure, my son would doubtless prefer being given a Nintendo Switch for Yule over even the fanciest headdress, but he does take pleasure in making things out of boxes, bits of plastic, and glue. As established, we watch an entire YouTube channel about it.

My kids may not study home economics or industrial arts, but they do know why other people might. Even some of the weirder dating shorts at least teach them the value of getting to know people, which is a good lesson even if you’re five and every child you know is your best friend. As for me, it’s always good to get their perspective on things; it does me good to remember that what I find ridiculous and laughable is something of valuable to someone else. I hope I never grow out of that lesson.

Help keep us in glue and paint for garbage crafting; consider supporting my Patreon or Ko-fi! 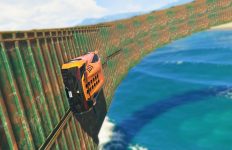 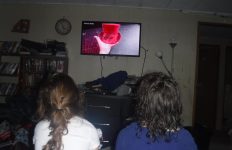 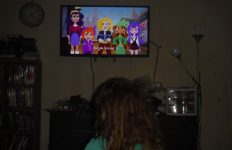