Browse: Home / The Friday Article Roundup: In the Beginning There was The Word

Many people have asked the FAR, “The FAR, how did you even begin to absorb all human information and culture?” The answer is it all starts on the page. That’s the origins of your fantasy adaptations and your information on eccentric actors. Your suspenseful narratives and your cultural misunderstandings. The FAR also likes comfortable accommodations for reading.

May the written record show The Psychic Johnny Smith is this week’s cool contributor. A note about the next two weeks’ installments: the FAR will be disconnecting its mind from the collective for a trip with Mrs. FAR and the FARlings, and is currently working out coverage for Friday article roundups. Article submissions to ploughmanplods [at] gmail will hopefully get mixed in, but results may vary.

And of course post articles from the past week below for discussion and, as always, Have a Happy Friday!

Hey kids! M. Night Shymalan’s back! He gives and interview at GamesRadar with Bradley Russell about his new movie Old and its roots in the Australian New Wave, Tarkovsky and The Twilight Zone:

[Cinematographer Mikey Gioulakis] and I loved the movie Walkabout, and we love Picnic at Hanging Rock, and then a bunch of other movies of that era. But they’re all kind of experimental. That’s the new wave part of it – conversations about nature. That’s what those movies were about. Bringing that feeling to the beach was important to us and new for audiences to see the use of film and zooms and camera movements that are taking in nature as things are happening to the characters, but we’re not focusing on it. So, it did feel free and it did feel different. I want each time [to have] a kind of a new language. As I’m starting to write the new movie, in my mind it hasn’t got there yet. But I want it to have its own language separate from Old and separate from Unbreakable.

For The Hollywood Reporter, David S. Goyer talks about his comicbook screenplay adaptations like Blade and The Dark Knight and his upcoming series adaptations of the Foundation trilogy and Sandman:

Comics beta test all these ideas. When you have characters that have been around for 30, 40, 50 or 60 years, and you’ve seen certain storylines bubble to the top again and again — that should tell you something. I call it Story Darwinism. Those are ideas or themes that are sticky, that are consistent because for whatever reason, from decade to decade to decade, they keep working — even though some of the elements around them change. So anytime I adapt something, I always say, “Can we identify the 10 core elements that make Superman, Superman? Or make Blade, Blade?” Before we even come up with a story, let’s just sit down and come up what 10 things we can all agree on. Then let’s make sure that we don’t break those commandments.

At Vox  Alissa Wilkinson and Aja Romano go deep on the career and enduring curiosity of Nicholas Cage and include Keith Phipps (author of the upcoming Age of Cage) in the analysis:

That drive to never stop working and stretching, to be someone new in every film, is what marks a Nicolas Cage performance. It’s like his characters are ripped out of his gut; in 2017, Cage said that “I don’t even like the word acting anymore because it implies lying in some way. I don’t act. I feel and I imagine and I channel.” In an era when actors are often hired because they give a dependable performance, Cage is a live wire, making choices that will always astound, no matter what the movie around him is like. “He’s someone who has kept an element of unpredictability in his career choices and performances within them at a time when others have not,” [Keith] Phipps explains. “And I think that’s why he has proven so enduring and such a continual figure of interest, because there’s really not anyone else like him onscreen. Offscreen, of course, we’ve got all the things that make his public persona fascinating. But onscreen, you don’t really know what’s going to happen when he shows up.”

Bidding is open on the Gulf Stream trailer used on sets by Tom Hanks. Who’s up for chipping in for the Solute Roadshow Headquarters?

The Airstream was not only Hanks’ refuge during production but also served as a place where he, friends, colleagues and cast members could gather to relax, unwind from a busy day and exchange thoughts and ideas. It has travelled from Seattle for Sleepless in Seattle to Beaufort, South Carolina for Forrest Gump with stops in Philadelphia (Philadelphia), New York City (Sully) and many times in the Los Angeles area. Measuring 35’1″ from hitch to tail, it comes complete with all its accessories and furniture including dishes, glasses, several espresso makers, some kitchen equipment and the pictured comfortable teakwood chairs and table. It has electric leveling jacks, rollup patio awning and a pair of propane tanks. Included is a separate Honda ES 6500 120/240 volt generator. Standard Airstream 34′ Limited classic equipment and the Excella 1000 package comprises, among many others, air conditioning, hot water heater and window blinds. The dry weight listed by Airstream’s specifications is 7,300 pounds with 1,600 pounds additional capacity, a total of 8,900 pounds (4,000kg). It has always been professionally maintained and stored inside when not in use.

Mark Polizzotti writes for the MIT Press Reader about the challenges and perils of literary translation:

[E]ven supposedly universal truths get filtered through highly local perspectives, and words resonate differently from one country, one collective, one people, to the next. “A language,” as Noam Chomsky observed, “is not just words. It’s a culture, a tradition, a unification of a community, a whole history that creates what a community is.” “Dog,” in whichever idiom, signifies Canis familiaris, but associatively the dog does not mean the same thing to someone who is English, French, or Chinese. Gregory Rabassa has remarked that if you ask a New Yorker what kind of bug Gregor Samsa metamorphosed into, “the inevitable answer will be a giant cockroach, the insect of record in his city,” even though Kafka’s term, Ungeziefer, means simply “vermin.” Similarly, the Russian translator Richard Lourie cautioned that the term communal apartment in English “conjures up an image of a Berkeley, California kitchen, where hippies with headbands are cooking brown rice, whereas the Russian term [kommunalka] evokes a series of vast brown rooms with a family living in each, sharing a small kitchen where the atmosphere is dense with everything that cannot be said.” 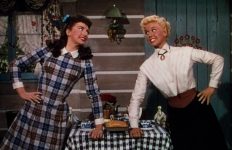