This Week You Will Jam to:

Put your lighters in the air for Drunk Napoleon, Casper and scb0121 for contributing this week. Send articles throughout the next week to ploughmanplods [at] gmail, post articles from the past week below for discussion, and Have a Happy Friday!

The Guardian‘s Jim Farber writes up a new documentary on Slave to Sirens, an all-female Lebanese thrash metal band:

Unsurprisingly, the seeds of Mayassi’s band were planted at a protest, one which even pre-dated the revolution. In 2015, the guitarist was looking for other players to fulfill her dream of forming a group that would play one of the hardest forms of heavy metal: thrash. Through friends she heard about another young musician, lead guitarist Shery Bechara, who had a similar dream. They finally met face-to-face at a rally to protest the garbage crisis in Beirut. “The first thing we talked about was music,” Bechara said. “We were so excited that we found each other.”

In other doc news, Michael Powell tells the saga of Meg Smaker and her film The UnRedacted (formerly Jihad Rehab) that has faced praise, then controversy, then scorn:

Ms. Smaker’s film has become near untouchable, unable to reach audiences. Prominent festivals rescinded invitations, and critics in the documentary world took to social media and pressured investors, advisers and even her friends to withdraw names from the credits. She is close to broke. “In my naïveté, I kept thinking people would get the anger out of their system and realize this film was not what they said,” Ms. Smaker said. “I’m trying to tell an authentic story that a lot of Americans might not have heard.”

At BFI, Christina Newland spars with Andrew Dominik about his portrayal of Marilyn Monroe in Blonde:

[Dominik]: I’ve read everything there is to read about Marilyn Monroe. I’ve met people that knew her. I’ve done an enormous amount of research. But in the end, it’s about the book. And adapting the book is really about adapting the feelings that the book gave me. I see the film, in some ways, as Joyce’s vision of Marilyn, which is also really Joyce. So I think the film is about the meaning of Marilyn Monroe. Or a meaning. She was symbolic of something. She was the Aphrodite of the 20th century, the American goddess of love. And she killed herself. So what does that mean?

And at Little White Lies, Sophie Monks Kaufman interviews Don Hertzfeldt about It’s Such a Beautiful Day and more:

i did see a frozen iceman documentary where they went all up in his colon and i remember feeling weirdly sad about it. i had a neighbor in this apartment building who’d say strange things to me in the parking lot and i’d always try to remember to write them down, if i wasn’t trying to avoid him. the boxing match on TV from mexico with the bleeding head on repeat, the manatee / mantis misunderstanding, seeing someone in public with lion king slippers, those were all things that happened. i’m not sure, but i think every dream bill has in the movie was also a dream i’d had at some point. i was just gathering as many moments as i could that might help round out the corners of this story and also sort of pull at bill’s seams a little. the kid with the aluminum hooks, i don’t think i know where that came from… when i can’t remember writing something, it usually means it just sort of appeared one day.

Back to the Guardian, which reports that Alan Rickman’s film diary has been released with very honest opinions on the work of his contemporaries:

In the Line of Fire, 1993 – Unbelievable Die Hard rip-off. Adversaries on the phone to each other, falling from a skyscraper etc, etc.

Trees Lounge, 1996 – Steve Buscemi’s beautiful film. Complete rethink on the being-in-it-and-directing question, although it has such a central quietness you forget anybody is acting or directing something. V inspiring.

Erwin Jaeggi writes at Autosport about the teamwork behind the increasing quality of Formula 1’s helicopter camerawork:

“In the past the aerial camera was actually only used to follow the drivers at the front,” [aerial camera operator Lieven] Hermans says. “You stayed on top of them like a personal bodyguard, so as not to miss an important moment in the race. But we have now shown that you can do much more. You can make shots that are much more dynamic shots by flying lower and playing with the foreground and background, bringing even more speed to the whole thing. And that is how we improved year after year. The images we manage to produce now are, in my opinion, much better compared to what was done fourteen years ago.” 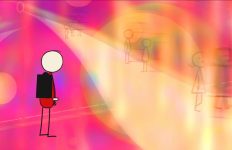 The Friday Article Roundup Stands at the Edge of the Future→ 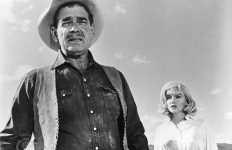