A quartet of articles about the relationships of critics, artists, acclaim, and fans! Or, as an alternative to discourse, you can enjoy movies in isolation. Extreme isolation.

Thanks to Miller and Rosy Fingers for contributing articles this week and Miller for the theme, their actions are hereby above criticism. Send your articles to ploughmanplods [at] gmail through the next week, post articles from the past week below for discussion and (this is the important part) Have a Happy Friday.

This week Sweden’s Goteborg Film Festival played in exactly three venues with exactly one viewer apiece: a deserted hockey arena, an empty theater (pictured above) and a tiny Nordic island where Lisa Enroth, won the right to spend a week alone with no company other than a lighthouse and the 70 movies in competition. Lisa Abend at the New York Times reports:

Although she will post a daily video diary on a dedicated page of the festival website, Enroth has agreed to eschew all other forms of communication and entertainment — no phone, no books — during her time on Pater Noster. She said that she wasn’t worried about getting lonely, but didn’t rule out the possibility she may “start talking to the furniture.” And, like Holmberg, she was also interested to see how her week on the island changes the experience of watching films. “The first day, it’s just ‘Oh, I’m alone, watching a movie.’ But a few days in, I might be like, ‘OK, these people are my only company. What if I hate them?’” she said.

At The Guardian, Catherine Shoard looks at the ongoing fallout over Variety issuing an apology for Dennis Harvey’s review of Promising Young Woman after star Carey Mulligan complained:

‘“Where were his editors in the first place?” asked Stephanie Zacharek, the chief critic of Time magazine and chair of the New York Film Critics’ Circle. For her, the apology – “wrested into being from an actor’s hurt feelings” – exposes Variety’s confusion and culpability. “The initial review – positive or negative, badly written or not – needs to stand, or why have critics at all? Just have a press department.”’

The Nashville Scene looks at an online interaction between critic Andrea Williams and musician Jason Isbell, and how “fans” took it over:

“I definitely think the responsibility falls on the artists, but I think that the responsibility falls on the artists before we get to these moments where there’s this brouhaha on Twitter,” says Williams. “What does it say about Jason Isbell that these are the people who are riding so hard for him that even when he says, ‘No, Andrea has a point,’ they are still continuing to question that, to attack? Why do they feel comfortable doing that? What brand or community have you created around yourself and your ideology that these people are not just showing up, but they are loud?”

And over at the AV Club, Ignatiy Vishnevetsky demonstrates how varied critical voices can find and explicate nuances others might not see:

“Critics are often accused of reviewing a filmmaker’s politics over the film. But the truth is that, outside of welcome stretches of humor (in the beginning) and tension (towards the end), there isn’t much more to Dear Comrades!. The script is filled with flat, rhetorical speeches that are done no favors by Konchalovsky’s static direction. Characters tender political positions, setting up a clumsy ideological conflict between the duplicitously cynical and the devoted, be they bearers of Lenin portraits or bearers of icons. This might sound like a nice sentiment, but not when it’s so clearly entangled in the ongoing revisionist project of the Putin perma-presidency, which has produced a fair number of officially supported, Oscar-submitted works that attempt to rehabilitate the Stalin era without trying to rehabilitate Stalin.”

The Golden Globes announced their nominees this week. Keith Phipps takes to GQ to examine the Hollywood Foreign Press’s spotty reputation and reasons they continue to find their way into the critical  conversation:

In 1958, Variety ran an item with the headline “‘Fix-Via-PR’ Rumors Mar Foreign Prizes” noting the resignation of HFPA board member Henry Gris, who complained “certain awards are being given out more or less as favors.” Between 1968 and 1974, the ceremony had no home on network TV due to FCC concerns that the Globes were essentially rigged, concerns stemming in part from stories that claimed winners were determined in part by those who would agree to attend. In 2010, the Best Musical or Comedy nominees included Burlesque, a sign that chin stroke-inducing how-did-that-happen honors weren’t entirely a thing of the past. (At least a good movie, The Kids Are All Right, walked away with the prize.) And who can forget the three nominations for the Johnny Depp/Angelina Jolie bomb The Tourist in 2011?

Gene Kelly’s hand in the film is evident — the dancing moves the plots just as much as the singing, and clearly uses actual choreography. The characters are talking animals, but they dance realistically. Disney musicals rarely made big shows of the dancing: the characters sing as they run through forests, train to be heroes, or revel in their villainous master plans. In Cats Don’t Dance, the characters do dance — in the opening sequence, Danny spins around Hollywood on his way to a talent agency; in a particularly vibrant scene, he rallies the animals to dance together in order to show the humans that they’re capable of performing. The music is jazzy, swingy, and true to the time period. 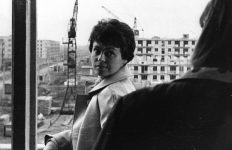 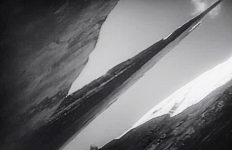 Year of the Month: Essie on SALT FOR SVANETIA→ 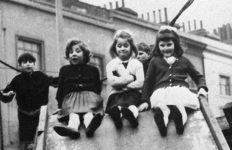