This Friday multiple perspectives enrich a portrait of a legendary martial artist, align our reality with a dystopian anime, fix superhero stories, elevate the careers of a composer and comics artist.

Send articles throughout the next week to ploughmanplods [at] gmail, post articles from the past week below for discussion, and Have a Happy Friday.

Daniel Chin for The Ringer explores the legend of Bruce Lee from multiple perspectives:

Nearly 50 years after his death, the legend of the actor and martial artist has grown into a massive tale. In the United States, Hong Kong, and everywhere in between, he has gained renown as a polymath and icon of near-peerless popularity. But how much of Lee’s story is true? And how much does that even matter?

For The AV Club Sam Barsanti notes the eerie parallels between the 2020 of Akira and the real world 2020:

On a sign in front of a construction site, Akira teases that Neo-Tokyo will be the site of the 2020 Olympic Games, just like how regular Tokyo in the real world was going to be the site of the 2020 Olympics until they were postponed because of COVID-19. In Akira, the sign promoting the Olympics also has a message in Japanese advocating for unity: “With everyone’s support, let’s make this a success.” People don’t seem to be buying that, though, because underneath is some graffiti that reads “Just cancel it”—another parallel to our 2020, and one that reflects a deeper connection between Akira and what we’re going through.

In a good bit of synchronicity with our Year of the Month, Bill Bria for Crooked Marquee declares 1990 The Year of Danny Elfman:

Nightbreed was Elfman’s first unabashed horror movie, being director Clive Barker’s follow up to Hellraiser (1987). The film has a troubled production history, as Barker was attempting to tell a grand horror fantasy tale in the mode of someone like Guillermo del Toro or Neil Gaiman, yet the studio wanted something closer to a gory slasher. While the resultant theatrical cut of the film was compromised, Elfman’s score retained Barker’s vision, containing a wide variety of tones and instrumentation. His music is alternatively dark, romantic, tribal and eerie, emphasizing not the horror of the wild monster creatures in the film but rather their humanity.

At Polygon, JM Mutore suggests ways to fix superhero stories in the wake of nationwide questioning of policing:

It isn’t hard to see why 1930s children and adults alike would want to escape into stories where the excesses of lawlessness were curbed by strongmen in tights. The Golden Age of superhero movies, on the other hand, is occurring while violent crime in America has been in sharp decline for almost three decades. Police and prisons have an unprecedented amount of power, and the communities with the highest levels of police presence are also the ones being harmed the most.

I happened to stumble onto Gay Comix No. 1 in a gay bookstore in the Village practically the moment I moved to New York City after college. This would prove to be a conjunction as fruitful for me (I like to think) as was Howard’s own happenstance encounter with the Stonewall riots one night a decade earlier when he was tripping on LSD. Here were comics by gay men and lesbians about their regular, everyday lives, including Howard’s moving, hilarious, and magnificently drawn Billy Goes Out. I was inspired by this to start drawing my own cartoons, and I was not the only one. As Justin Hall, editor of No Straight Lines: Four Decades of Queer Comics, puts it, Howard is “the godfather of queer comics.” 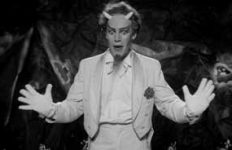 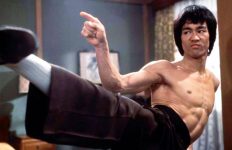 Year of the Month: Joseph Finn on Enter the Dragon→ 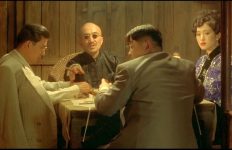