This Week You Will Get Tours of:

If you direct your attention to ahead you’ll see contributions by the wonderful scb0212, Ruck Cohlchez, Casper and wallflower this week. Send articles throughout the next week to ploughmanplods [at] gmail, post articles from the past below for discussion, and Have a Happy Friday!

At the launching of the final lifeboats from The AV Club, Caroline Seide’s When Romance Met Comedy series concludes with a look at 2016’s How To Be Single:

Like the best romantic comedies, How To Be Single does more than just romanticize romance. It romanticizes normal life. If this movie’s version of singledom is just as glossy and idealized as any rom-com love story, well, that’s kind of the point. What makes the genre special is the way it combines the kind of heightened fantasy you might find in a superhero flick or musical with storylines that intersect with our most common lived experiences. It’s a delicate balancing act that the genre’s detractors miss when they simply dismiss it as “unrealistic.” Romantic comedies are kind of like metaphor-heavy science fiction movies: The worlds they create don’t necessarily reflect reality, but the emotions and themes they evoke do.

[Side note – A.A. Dowd’s time at AVC ends with his review of The Batman – apparently a half-letter improvement over Iron Man 3.]

Danny McBride talks to Vulture‘s Roxanna Hadadi about the show, the characters, and the season 2 finale of The Righteous Gemstones:

You know, I never think about the genre. I feel like it’s a label that people put on things, but I don’t sit down and think, This is a comedy, and now I have to follow these rules, because this is what comedies do. I just work from, What’s a story that is going to interest me? And then I feel like, Why limit yourself to the traditional tools of a genre? Why not use all the tools of any genre as long as you can make them work?

At AnOther, James Balmont provides a primer of five influential Japanese cyberpunk films, including video links where available:

Sometimes cited as the first film “true” cyberpunk film is the deeply experimental and visually captivating Death Powder, a bizarre and barely comprehensible one-hour short from poet and musician Shigeru Izumiya […] The end result feels like the midway point between Philip K. Dick’s Ubik and David Lynch’s Eraserhead – though perhaps an even more accurate parallel is referred to by the film’s own cage-bound android. Her name, as revealed by a line of on-screen text, is Guernica – referencing the Surrealist monochrome painting by Picasso, which depicts chaos, violence and suffering. It’s a fitting metaphor for the wider cyberpunk aesthetic in itself.

For Polygon, Lux Alptraum argues that Peacemaker’s bisexuality – and that of bisexual male characters in general – deserves to be more than an Easter Egg:

And as depictions of bi women have become richer and more nuanced — not just the tough as nails Rosa Diaz or chaotic Harley Quinn, but Owl House’s nerdy teen witch Luz, Dead to Me’s “casually queer” Judy, and even Miranda Hobbes in the Sex and the City reboot And Just Like That — it’s opened doors for a variety of new storylines and new avenues for these shows to explore, creating richer, more thoughtful TV and movies. Freeing bi male characters to be really, truly bi onscreen would offer a similar opportunity. Hopefully, it’s one that more showrunners will actually start to take.

For BuzzFeed, Joseph Bernstein describes the shocking queer film and art festival the New People’s Cinema Club and its relationship to the right-wing Silicon Valley money that funded it:

The party on Eldridge Street could hardly be contained: Bodies spilled out of the front door onto the sidewalk, and joyous screams echoed from the roof. Inside, under the wood beams of the $7.5 million carriage house, a DJ played techno for a young and queer crowd. Amid throngs of twentysomethings who were pierced and shorn in unusual places, a performance artist named Crackhead Barney roamed around in a Trump mask, breasts bared, past a man painted green from head to toe, wearing only a jockstrap and an alligator headpiece, shut inside a dog kennel. Over the sound of a jazz band, the screams were now clearer: “This is being paid for by Peter Thiel!”

Self-described “common as muck” Kirsty Bosley dines at a five-star Michelin restaurant and describes the experience to the Birmingham Mail:

How many flowers had the chef tasted to know that the little pink one goes best on asparagus? How many tried and failed attempts had gone into deciding just how much reindeer moss goes well with artichoke? What countries had he visited to learn what goes best with the finger lime? Or, in forests filled with mushrooms of every conceivable type, how had the chef decided to choose hen of the woods for me to enjoy today, right here in Birmingham?

The Guardian‘s New York correspondent Maya Yang reports that complaints about noisy sex in the city are on the rise: 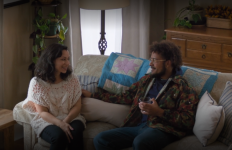 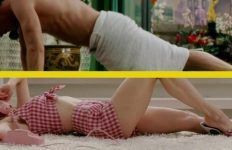