The FAR will believe it when he sees it, “it” being a documentary project sustained over fifty years, a prequel to a beloved children’s touchstone and a sequel to Avatar.

Send articles during the next week to ploughmanplods [at] gmail, post articles from the past week below for discussion, and have a Happy Friday!

Julia Marchese pays tribute to the recently deceased Michael Apted and his Up documentary series for Talkhouse:

I think it is why the films have done so well internationally, and have spawned so many lookalikes in so many countries around the world – because everyone can see a little bit of themselves in these subjects, can relate to them like friends, and watching them grow up is fascinating and often surprising, like life itself. I adore Britain, I always have, and for me, as an American, these films are a little like getting to peek into the psyche of the island, and I love that about them. The films delve ever deeper into each subject’s mind, really exploring how they feel about the world and their own place in it. As much as some of them hated participating in the series – because they were, after all, not volunteers for the first film, but chosen by their school – they begin to realize that these films are an important document of society at a specific time and place, and represent not just their own lives, but the lives of so many.

The Guardian‘s Stuart Heritage has misgivings about a planned Willy Wonka prequel, though the involvement of director Paul King and writer Simon Farnaby means maybe we can’t count it out:

Remember the very first image released from their Paddington adaptation? It showed a CGI Paddington (which was sacrilege in itself at the time) looking creepy and bedraggled, like he’d just spent three hours dismembering schoolchildren in the woods. Everyone who saw that image immediately rushed to the conclusion that reboot would be an affront to everything they held dear. Then of course the films were released, and they were so relentlessly delightful that the same people collectively chose to fast-track them to national treasure status. Paddington has given Farnaby and King all the goodwill in the world. As things stand, they have an entirely unblemished record. They can do no wrong. They could have announced a sock puppet musical based on the life of Jeffrey Dahmer as their next project and people would have still clamoured to see it.

In The Hollywood Reporter Cathy Whitlock breaks down the looks in Promising Young Woman with costume designer Nancy Steiner:

Costume designer Nancy Steiner created the protagonist’s day and night looks using sex-kitten Brigitte Bardot as an influence. For her daytime life working at a coffee shop, Cassie appears in a feminine mix of pink rose-patterned sweaters and pastel floral dresses and a signature Bardot French-braid ponytail, glossy pout and multicolored pastel nails. “While my initial instinct when reading the script was to go dark and depressed, Emerald [Fennell, the director] wanted her personal style sweet, flirty, feminine and light to serve as a facade,” she tells THR. “I have to hand it to her, it was a great twist.”

Crooked Marquee‘s Josh Bell offers theories on why disposable action bombs from the theater like Homefront and Peppermint trend on Netflix:

These are the kind of comfort movies that, in the basic-cable era, would air endlessly on TNT and USA on lazy Saturday afternoons, when suburban dads would fall asleep in their recliners halfway through, secure in the knowledge that they could tune in again the next time the movie was on. They’re what TBS used to call “movies for guys who like movies.” And perhaps most importantly, they made such minimal impressions on their initial releases that to most Netflix users, they may appear to be new movies. The generic thriller storylines, hodgepodge casts of name actors putting in token efforts, and mid-level production values all resemble the current state of Netflix originals.

At The Ringer, Miles Surrey misses James Cameron before he discovered the ocean:

In 2012, he became the first person to make a solo descent into the Marianas Trench, traveling down over 35,000 feet in a submersible. (I’m sure he was equally thrilled about being referred to as an official National Geographic explorer-in-residence, rather than the guy who directed Titanic.) But while Cameron is well within his rights to spend the back half of his career expanding the scope of Avatar’s Pandora (four sequels are on the way) and going on actual deep-sea dives, in doing so, he deprives the rest of the world of a rare and valuable resource: that of a blockbuster filmmaker who knows how to deliver breathtaking, coherent, and technologically innovative action set pieces. Here’s the deal: I miss the James Cameron of old. 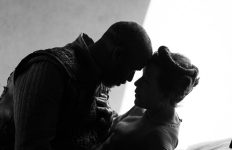