This Week, You Will Laud:

The most thanks to scb0212, Drunk Napoleon, Devourer Skulking Crockford, and Miller for contributing this week. Send articles throughout the next week to ploughmanplods [at] gmail, post articles from the past week below for discussion, and Have a Happy Friday!

The gospel of the Solute spreads to Inside Hook as C.M. Crockford writes on 800-year-old characters still dealing with masculinity and identities in What We Do in the Shadows:

Like the horror figures the film and show are parodying, the main male characters of What We Do In The Shadows either no longer fit with the modern, masculine image, or have always been on the outside of social norms. (As an autistic man, it’s pretty easy to relate to the Byronic, hyper-European Laszlo attempting to laugh along with some beer-drinking football fans by yelling, “Ha! Great joke, assholes!”) Laszlo, Nandor and Colin Robinson are intense, awkward, and in the case of the first two, really owe who they are to another era. Colin Robinson’s origins as an “energy vampire” are kept a mystery, but unlike the older bloodsuckers, a monotone demon nerd using Internet trolling and cubicle jokes to extract the life from people fits all too easily now into everyday life. Yet even he expresses vulnerability and is hurt when his friends don’t reciprocate his appreciation for them.

Harrison Blackman at the Los Angeles Review of Books checks out surveys of surveillance, privacy and fiction, with a focus on David Fincher:

Taken together, Fincher’s oeuvre criticizes the contemporary American streak of authoritarianism, one that uses surveillance, mass media, and violence to crush dissent. Ironically, Fincher’s own attention to detail has given him a reputation in Hollywood as a demanding and exacting auteur. In that way, might his pet themes — and his precise process — resemble the ouroboros, the snake eating its own tail? Must an anti-authoritarian storyteller become a dictator in the attempt to stick the landing?

Polygon‘s Ethan Warren talks about the perspective and comfort of Joe Pera Talks With You as Adult Swim pulls the plug:

Joe Pera Talks With You was not a prescriptivist show, but it was an idealistic one. And that ideal was, in a sense, the power of two-for-one apple turnovers. They won’t prevent that crushing internal debate over whether or not people are bad, but they’re essential nonetheless. It’s vital that those of us prone to Sarah’s terrified worldview remember what we’re so terrified of losing. It’s by no means an abdication of our responsibility to work as hard as possible to ensure a better future for one another, particularly the most vulnerable among us. But if we forget how to appreciate the most minor joys afforded by daily life — something it’s often all too easy to do — we’ve given up some essential battle in the raging war against annihilation. This was what Joe Pera talked with us about, and though the series may have ended before either its creators or fans were prepared for, it will endure as a handbook for navigating compounding crises. As long as there are chairs, and the people to sit on them, there must be hope.

Red Rocks does not attempt to tie those different sides of Burr together into one coherent picture. He is the angry yelling man. He is the man who regrets his anger. He is the man who rants about feminism. He is the man who has been changed by his experience as a father. Red Rocks has no palpable design for how these different aspects of Burr clash against one another, but one emerges anyhow. At the beginning and the end, it’s furious, frustrated Burr, smiling cheekily when he knows he’s made you mad. Those jokes are roadblocks. They’re a patch of brambles, surrounding the self-loathing, anxious, reflective comedian Burr reveals midway through the special. And then, lest you think he’s gone too soft, he pulls out of the nosedive into gentleness. The whole thing ends with a joke Burr has carefully calibrated to be maximally offensive to every person in the room. “See, I’m offensive!” that joke says. “I live down to your expectations.”

Genevieve Oliver charts her relationships, and relationship with Slint’s Spiderland, for SixtyEight2OhFive:

Spiderland has since been regarded as a kind of math rock magnum opus and/or haunted masterpiece of outsider art, hyperanalyzed both for its various time signatures and for clues at the enduring mystery of how four teenage boys (some of whom had recently been literally recording their own farts to cassette) could make something so strange, complex, beautiful, and striking, and then fairly dissolve into the primordial ether from whence they had come. (The album cover, featuring the four members treading water in an Indiana quarry, is particularly salient to this metaphor.) But, like many works of outsider art, Spiderland was not accidental. Alchemical, yes. But not accidental. Not always considered in the critical narrative around the band and the album is the fact that Spiderland is a cohesive, persuasive, and moving document about coming of age as a true outsider.

For Kill Your Darlings, Australian writer Jumaana Abdu writes a manifesto for “diverse” writers that owns from its glorious first sentence:

The first step towards artistic freedom is to take it for granted that you exist. Amid a circus of performative representation, remember: You are not an encyclopaedia, you are not apology, you do not have to expound generational trauma, you do not have to hyphenate identifiers in your bio to justify the relevance of your existence. In 1987, in a Newsweek interview on her Pulitzer Prize-winning Beloved, Toni Morrison announced she would not translate for non-Black readers. ‘Dostoevsky wrote for a Russian audience,’ she said, ‘but we’re able to read him. If I’m specific, and I don’t overexplain, then anyone can overhear me’. The most astonishing thing in Morrison’s work is not slavery; for her the ongoing horror of America’s history was assumed knowledge. Most astonishing, always, is her genius. Artistic integrity outshines political currency. 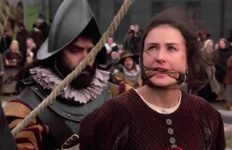